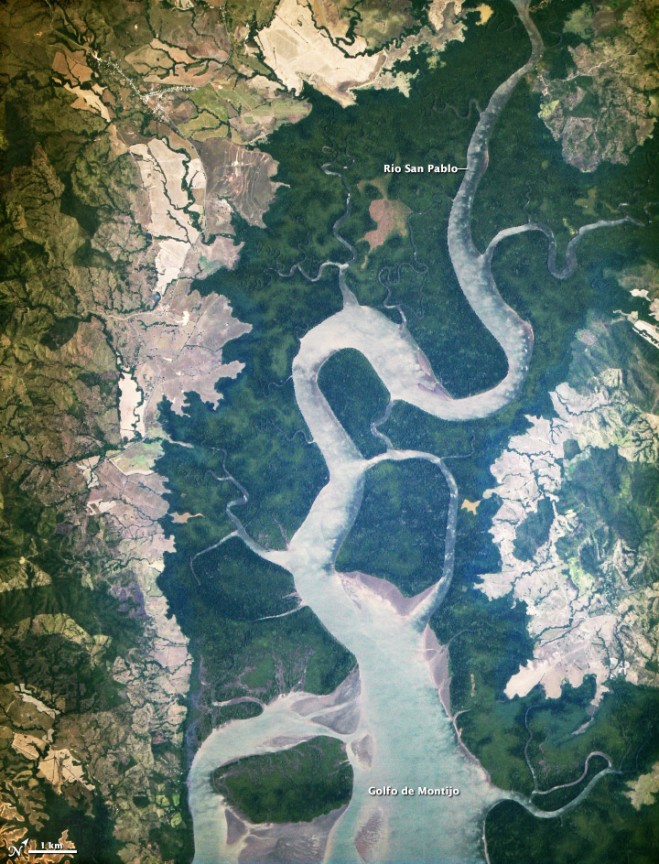 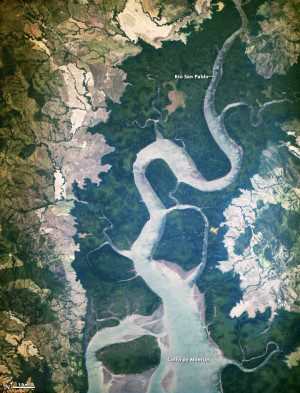 Rio San Pablo, as it empties into the Golfo de Montijo in Veraguas, Panama, is the “first light” from the International Space Station’s new ISERV Pathfinder Earth observation (EO) system. The image was acquired at 1:44 p.m. local time on Feb. 16, 2013. NASA hopes the new system “will really make a difference in people’s lives.”

Installed in January 2013, ISERV Pathfinder consists of a commercial camera, a telescope, and a pointing system, all positioned to look through the Earth-facing window of the space station’s Destiny module. ISERV Pathfinder is intended as an engineering exercise, with the long-term goal of developing a system for providing imagery to developing nations as they monitor natural disasters and environmental concerns.

The instrument will be controlled from NASA Marshall in Huntsville, Ala., in collaboration with researchers at hubs in Central America, East Africa and the Hindu Kush–Himalaya region. The researchers will rely on positioning software to know where the space station is and to calculate the next chance to view a particular area on the ground.

If there's a good viewing opportunity, the SERVIR team will instruct the camera to take high-resolution photographs at three to seven frames per second, totaling as many as 100 images per pass. With a resolution down to 3.2 meters (10 feet), it will be possible to spot fairly small details and objects.