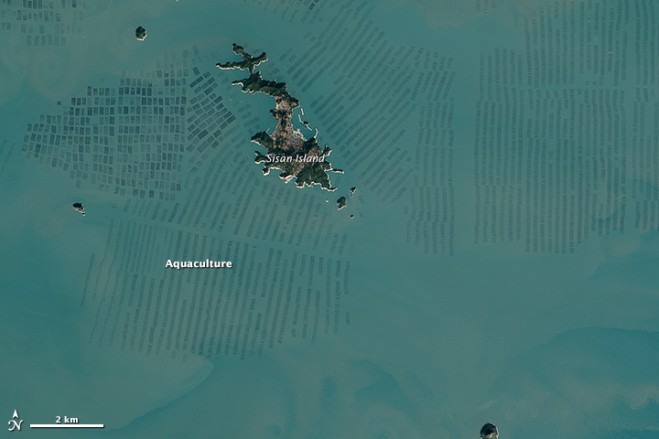 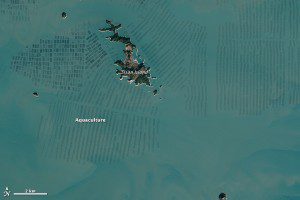 This image of South Korean seaweed farming was captured by Landsat 8 on Jan. 31, 2014.

This Landsat 8 image of seaweed cultivation off the coast of South Korea, the answer to Earth Observatory’s April Puzzler, was captured on Jan. 31, 2014. The area produces 90 percent of the country’s seaweed crop.

Seaweed is often grown on ropes, which are held near the surface with buoys. The technique ensures the seaweed stays close enough to the surface to get enough light during high tide but doesn’t scrape against the bottom during low tide.

Since 1970, farmed seaweed production has increased by approximately 8 percent per year. Today, about 90 percent of all the seaweed humans consume globally is farmed. Seaweed farming has a light environmental footprint because it doesn’t require fresh water or fertilizer.