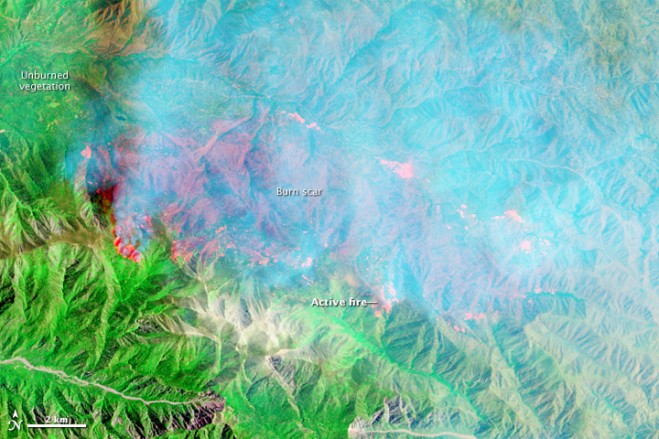 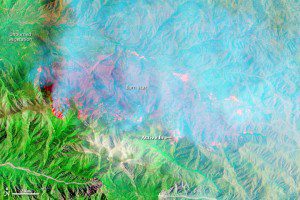 This false-color image of California’s Lake fire shows the areas of active fire as well as the land that has already burned.

This image was captured on June 20, 2015, by the Advanced Land Imager (ALI) on the Earth Observing-1 satellite. At this point, the fire was just 10 percent contained, and the blowing smoke was causing smoke advisories in the region.