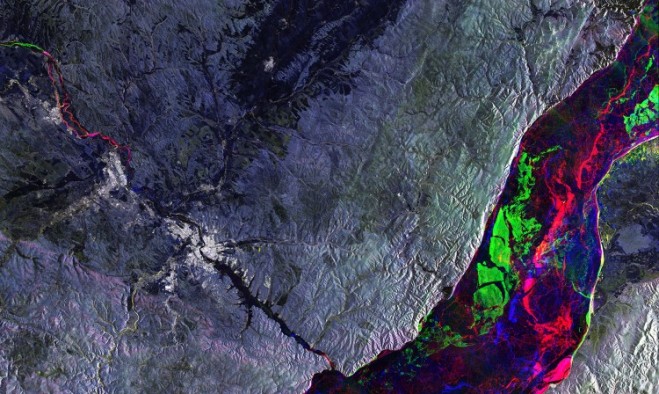 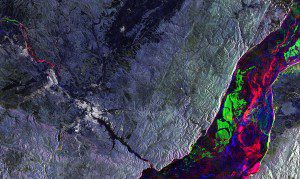 This radar satellite image of Russia’s Lake Baikal shows ice movement on its surface, with each subsequent image color coded on the date it was collected.

This Sentinel-1A radar image of Russia’s Lake Baikal reveals ice movement on the large Siberian lake. The image combines three radar scans from the satellite from Jan. 11, Feb. 4 and March 24. Each image has a different color, showing the ice’s location on the different dates.

Lake Baikal is considered to be the oldest lake in the world and the largest by volume, containing 23,000 cubic kilometers of fresh water. The lake sits on the Baikal Rift Zone, where Earth’s crust is pulling apart and there are hot springs in and around the lake.

The image also shows Irkutsk, a popular city stop on the Trans-Siberian railway.