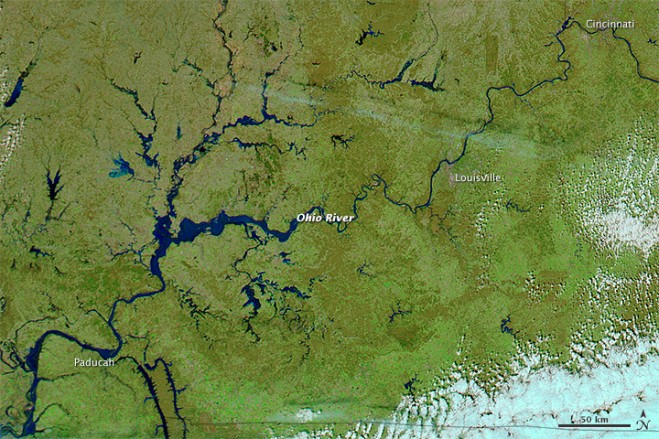 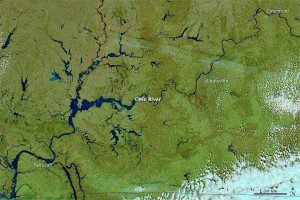 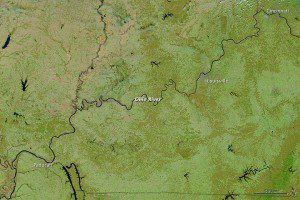 NASA satellite imagery shows that for much of March 2015, the Ohio River watershed was above flood stage, particularly just above the confluence with the Mississippi River. The cause was a combination of melting snow and heavy rainfall.

Nearly five inches of rain fell in Cincinnati in the first two weeks of March, and the Ohio River reached its highest level (57.5 feet) since 1997. Downstream about 8 inches of rain fell in Paducah, Ky., mixing with melting snow to raise the Ohio River to 45.5 feet on March 17. The rising rivers were backed up by ice jams in some areas, flooding roads and low-lying communities.

The Moderate Resolution Imaging Spectroradiometer (MODIS) on NASA’s Aqua satellite acquired the top image of flooding around the region on March 17, 2015. The second image, acquired by NASA’s Terra satellite on March 20, 2014, shows the same area during a more typical spring.