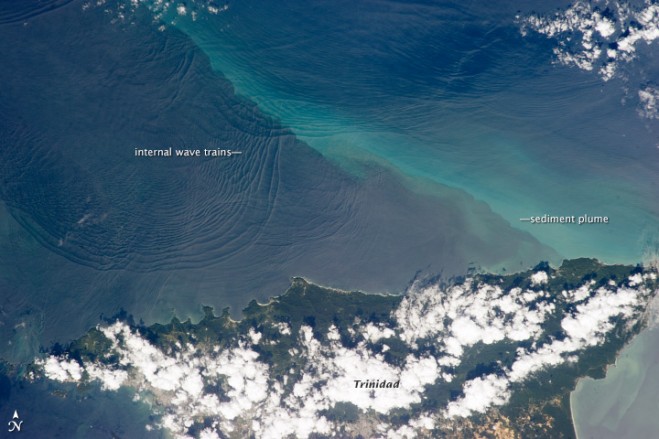 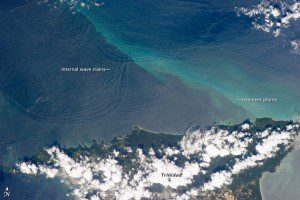 Moving tens of meters below the sea’s surface off the northern coast of Trinidad, subtle sea arcs known as internal waves, visible here from the International Space Station, can make navigation hazardous, especially for smaller craft.
The accompanying image shows at least three sets of internal waves interacting. The most prominent set (image top left) shows a packet of several waves moving from the northwest due to the tidal flow toward Trinidad’s north coast. Two less prominent, younger sets can be seen further out to sea. A broad set enters the view from the north and northeast, interacting with the first set at the top center of the image. All the internal waves are probably caused by the shelf break near Tobago (outside the image at the top right). The shelf break is the step between shallow seas (around continents and islands) and the deep ocean—the line at which tides usually start to generate internal waves.