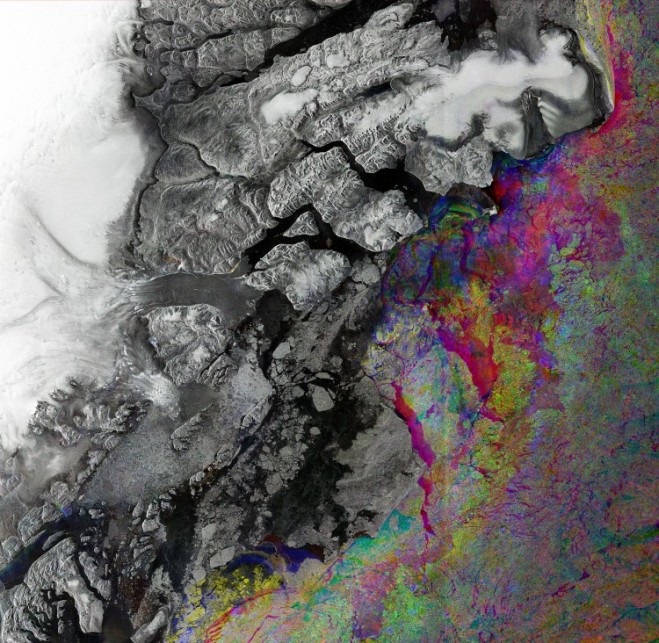 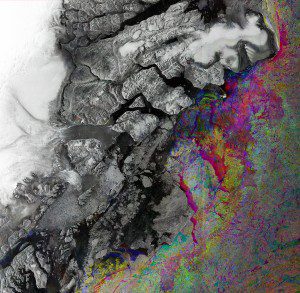 A graphic built from three different images collected by the European Space Agency’s Sentinel-1A radar shows sea-ice change along northeast Greenland’s coast. Shades of grey on the left depict the static landmass, while colors on the right show changes in sea-ice type and cover.

Near the center-left is the Zachariae Isstrom glacier, which is losing about 5 billion metric tons of ice a year to the ocean. Scientists have determined that the bottom of Zachariae Isstrom is being rapidly eroded by warmer ocean water mixed with growing amounts of meltwater from the ice-sheet surface. It’s estimated that the entire glacier holds enough water to raise global sea levels by more than 46 centimeters.

The polar regions are some of the first to experience and visibly demonstrate the effects of climate change, serving as barometers for change in the rest of the world.