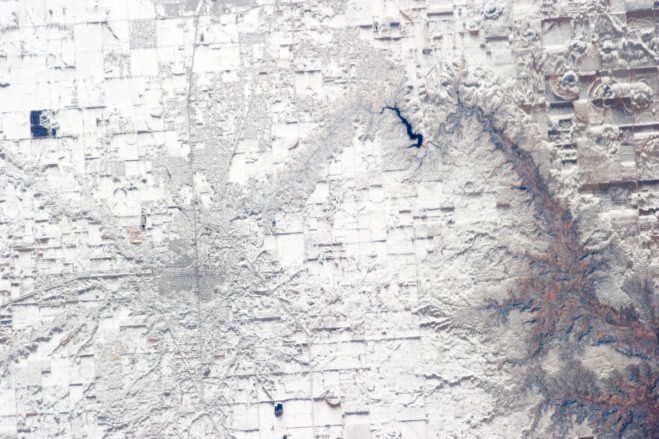 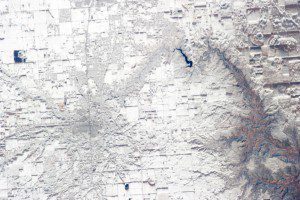 Texas is known for many things, but snow on the ground typically isn’t among them. This astronaut photo captures a late February 2013 record snowfall that left 17 inches of snow blanketing north Texas, just south of Amarillo.

In this photo from the International Space Station, snow blankets the city of Canyon, Texas. Urban street grids and stream channels appear etched into the landscape by the snow, a result of both melting and street clearing in the urban regions and of the incised nature of stream channels in the surrounding plains. Agricultural fields are easily identified due to the even snow cover broken only by roadways between the fields. Palo Duro Canyon is largely free of snow along the Prairie Dog Town Fork of the Red River channel and at lower elevations, allowing the red sedimentary rocks of the canyon walls to be visible.