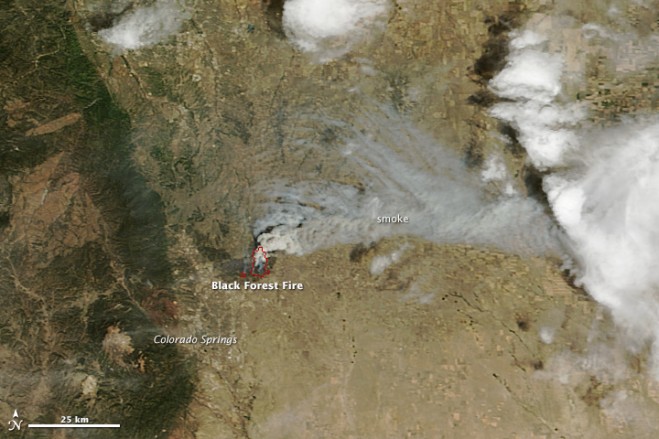 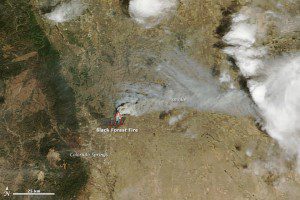 Colorado wasn’t forecast to have an unusually high wildfire risk this year, but when temperatures soared above 100°F in Denver on June 11—the earliest ever for triple digits—all bets were off. On the same day, the Black Forest fire erupted. A week later, more than 500 homes were destroyed and two lives lost northeast of Colorado Springs. 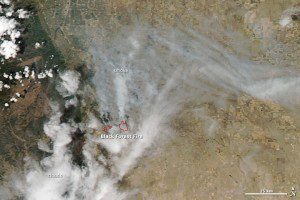 The intense, dry heat, along with gusty winds and drought-parched forests, came together to produce the Black Forest fire, the most destructive the state has ever seen. By the afternoon of June 13, the fire had destroyed 360 homes and damaged 14 others. Last year’s Waldo Canyon fire, also near Colorado Springs, was Colorado’s most destructive prior to the Black Forest fire, destroying 346 homes.