February 24, 2015
Another Blizzard Piles up Snow in New England 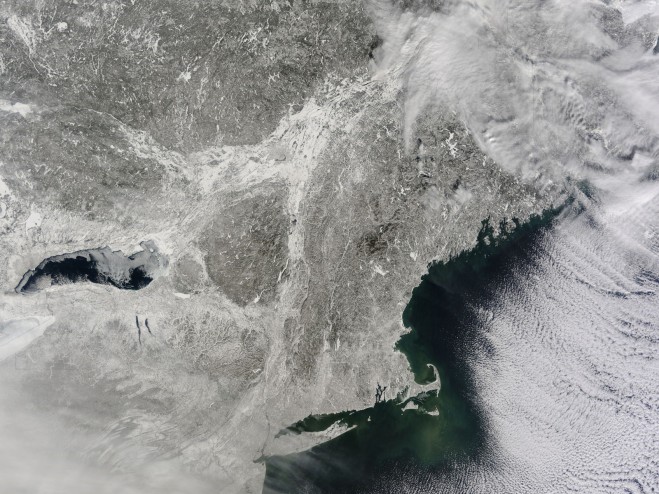 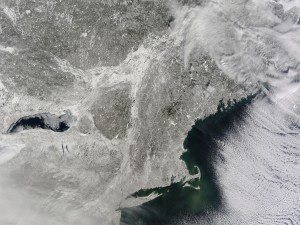 This image of the frozen northeastern United States was captured by MODIS on NASA’s Terra satellite on Feb. 16, 2015.

The northeastern United States has seen a series of snow events this winter, including another nor’easter on Feb. 14-15 that brought another 12 to 20 inches to an already record total of 58 inches in the Boston area for the month of February.

The accompanying image from the Moderate Resolution Imaging Spectroradiometer (MODIS) on NASA’s Terra satellite was captured on Feb. 16, 2015. The image includes cloud streets over the Atlantic Ocean that signify potent winds across the area.

Persistent cold in the area means that much of the snow has yet to melt. Residents have been pushing snow off roofs, and municipalities have appealed to neighbors to aid in snow melting and removal.

Read the full story, with an added image, here.