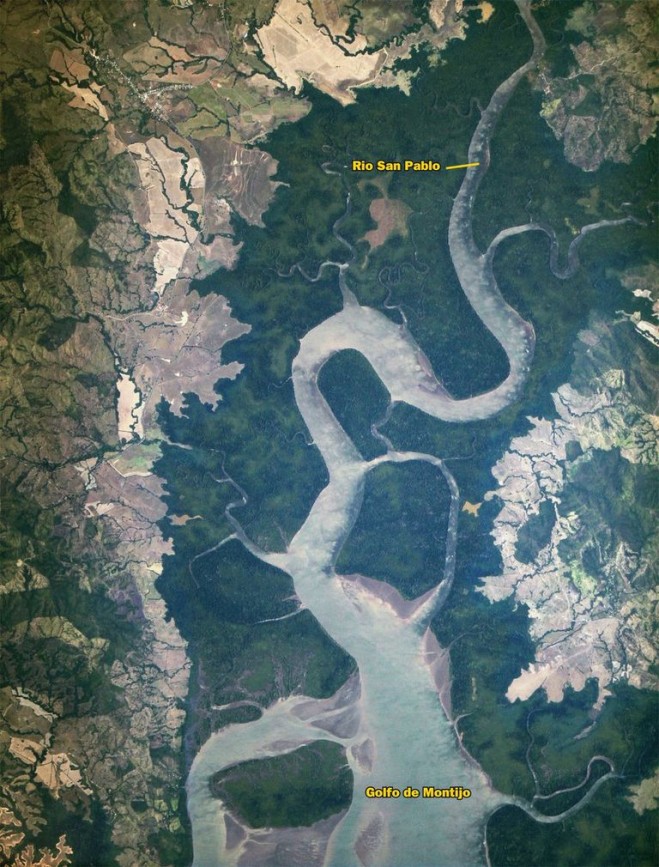 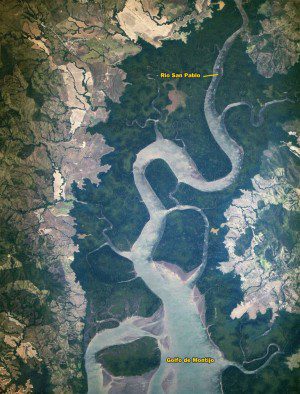 Where Panama’s Rio San Pablo empties into the Golfo de Montijo is an ecological transition zone, changing from agriculture and pastures to mangrove forests, swamps and estuary systems. The area is protected by Panama’s National Environmental Authority and listed as a “wetland of international importance” under the Ramsar Convention.

Rio San Pablo, as it empties into the Golfo de Montijo in Veraguas, Panama, is the “first light” from the International Space Station’s new ISERV Pathfinder Earth observation (EO) system. The image was acquired at 1:44 p.m. local time on Feb. 16, 2013.

“ISERV’s full potential is yet to be seen, but we hope it will really make a difference in people’s lives,” said principal investigator Burgess Howell of NASA’s Marshall Space Flight Center. “For example, if an earthen dam gives way in Bhutan, we want to be able to show officials where the bridge is out or where a road is washed out or a power substation is inundated. This kind of information is critical to focus and speed rescue efforts.”

Installed in January 2013, the system comprises a commercial camera, a telescope and a pointing system, all positioned to look through the Earth-facing window of the space station’s Destiny module. With a maximum resolution of 3.2 meters (10 feet), the system can spot fairly small details and objects.

The instrument will be controlled from NASA Marshall in Huntsville, Ala., in collaboration with researchers at hubs in Central America, East Africa and the Hindu Kush–Himalaya region. If there's a good viewing opportunity, the SERVIR team will instruct the camera to take high-resolution photographs at three to seven frames per second, totaling as many as 100 images per pass.