Comparing Global Views of Our Planet, Then and Now

In the decade before the first Earth Day, our view of the planet was still fuzzy. Scientists and engineers of the 1960s were experimenting with satellites to see if and how they could be useful for meteorology and Earth science. Early space imagers were similar to black-and-white television cameras, and the resolution was crude because engineers were still figuring out how to gather, compress and send data with radio signals.

One giant leap for satellites came in 1965. One month after the launch of the ninth Television Infrared Observation Satellite (TIROS-IX), researchers from NASA, RCA, and the U.S. Weather Bureau assembled 450 satellite photos into the first global composite view of Earth.

The black and white imageÂ shows the cloud cover of the entire planet as it appeared to TIROS-IX on Feb. 13, 1965. The satellite circled Earth every two hours in a polar orbit and used its two cameras to collect 40 images of the sunlit side on each pass. The images were sent by radio signals to ground stations in Virginia and Alaska, then relayed and assembled in Washington, D.C. The importance of this picture lies in the fact that it provides weather information over the entire Earth, whereas conventional observations before satellites provided information on less than 20 percent of Earth's atmosphere.

Fifty years later, NASA and the National Oceanic Administration (the Weather Bureau's successor) captured a global composite of Earth with the Visible Infrared Imaging Radiometer Suite (VIIRS) on the Suomi National Polar-orbiting Partnership (NPP) satellite. The natural-color image shown hereÂ was acquired on Feb. 13, 2015, exactly 50 years after the TIROS IX composite. Unlike the 1965 effort, the modern composite is almost routine. Global composites are made daily, with computer tools fitting together 14 3,000-kilometer-wide swaths of the planet that are collected each day. 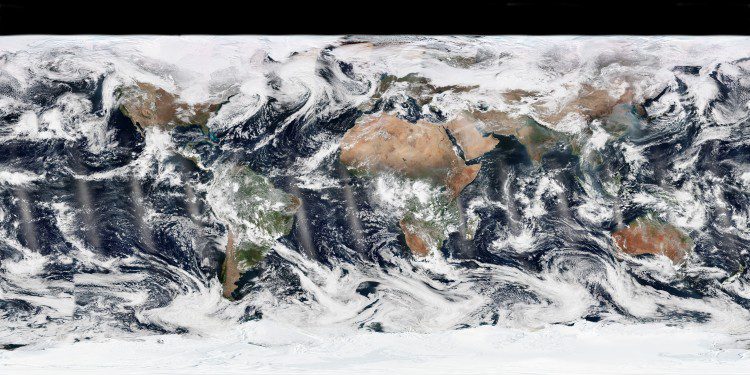 It has taken a lot of effort through multiple generations of satellites”and engineers, scientists, data handlers and hardware builders”to get from grainy black-and-white images stitched by hand to daily, color coverage. 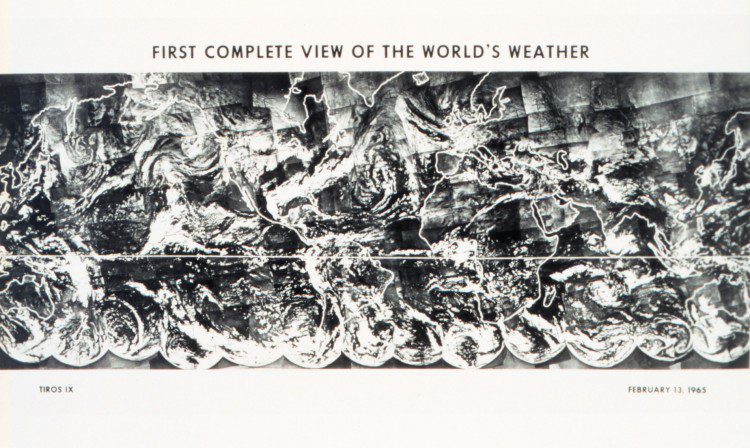