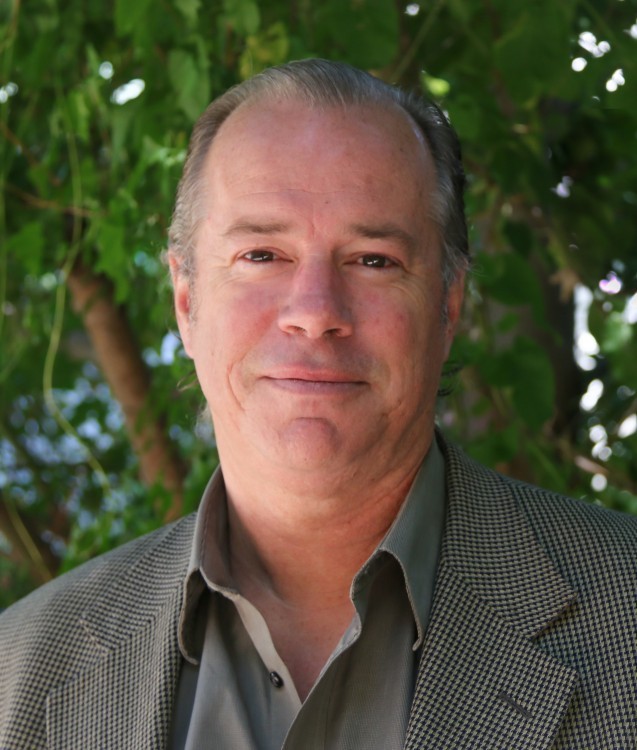 Those of us who have been following infrastructure for more than a couple of decades are astonished, and unimpressed, by the seemingly sudden emergence of unmanned aircraft systems (UASs) as critical technology for infrastructure solutions of all sorts, particularly mapping and surveying. We’re astonished for the same reasons everyone is astonished: it’s all happening so fast, and it’s happening everywhere in every sector. Admit it, you assume that within a year or two you’ll be receiving a hot pizza delivered by flying hardware previously used to assassinate bad guys overseas. It’s freaky, right?

Like UAS, GPS was an expensive military technology before widespread civilian use. And, like GPS, it was infrastructure use, particularly by surveyors, that really made a business case for developing cheaper UAS platforms that could be used for mapping and sensing applications. Now, most of us have GPS receivers in our smartphones, and many people got perfectly functional mini-UASs for Christmas this year. Use in infrastructure applications is a major driving factor in the civilian adoption of new tech.

This is almost too obvious to mention; clearly, the game-like interfaces used to control UASs aren’t incidental to their rapid adoption. Rather, good interfaces are essential. Laser scanning and GNSS use shot up the “hockey-stick curve” as improved user interfaces reduced the need for extensive training and theoretical knowledge. Likewise, by tapping into a vast skillset created by makers of consoles and mobile games, UAS firms made their technology attractive to a much larger audience. Drones are a lot less intimidating when users can control them intuitively with a phone or tablet. 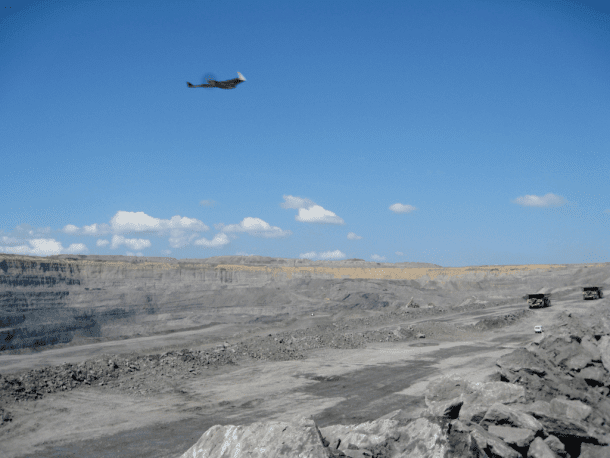 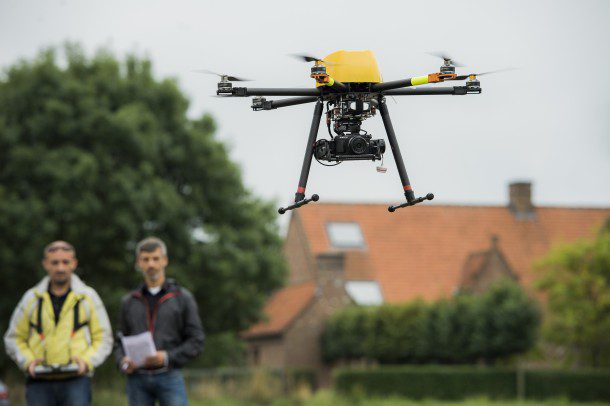 UASs such as Trimble’s UX5 (top) and ZX5 (bottom) are rapidly infiltrating a variety of industries, including surveying and mapping.

Consumer Use and Cheapening

Remember handheld GPS units; the ones you could buy at Cabela’s; the ones that were going to put surveyors out of business? That was an annoying time for many boundary surveyors, because potential customers suddenly were using technology that was accurate to about six feet to tell us that our expensive, highly accurate instruments were irrelevant. But it also was good for surveyors and other professionals who were finding more uses for accurate GNSS receivers. The existence of a large consumer market funded research and development, and dropped prices across the board.

The first laser scanners for infrastructure use, produced by Cyra Technologies, were about the size of a dorm-room refrigerator. Now, superb laser scanning can be done via advanced total stations, and decent photo-based scanning is being demonstrated on smartphones. Similarly, early GPS receivers required transport in cases and backpacks, and now they’re pocketable.

Buckminster Fuller called this “ephemeralization,” which means doing, “more and more with less and less until eventually you can do everything with nothing.” It’s a fundamental trend in technology, and we see it clearly in the UAS world—they started out small and will soon be tiny. Platforms the size of insects already have been demonstrated.

What’s It All Mean?

For one thing, speculation about the future of UAS as a platform for infrastructure applications isn’t all that speculative; the examples of previous, rapidly adopted technologies such as scanning and GPS provide a reliable roadmap for UAS development. Platforms are going to get smaller, cheaper, easier to operate and more widely used. In infrastructure, they will be ubiquitous and indispensable.

Which is where this column takes off. I’m as interested as readers in the latest infrastructure technology revolution, and I expect to see miracles unfolding. Please write in with your thoughts and suggestions for specific topics you’d like to see explored.