September 27, 2015
Predictive Strategies: The Next Generation of Emergency Alerts 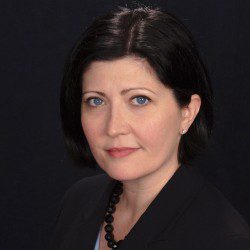 Once upon a time, emergency management was a rather primitive affair. You can likely remember old movies or television shows portraying police or military officers gathered in front of a huge, wall-mounted map in an operations center. As phone calls flooded in, pushpins were added to mark the occurrence and progression of each event. Soon the map became a virtual pincushion of multicolored markers, each bearing silent testimony to an unfortunate, possibly tragic past occurrence.

Fortunately, technology is moving forward. Although the wall-map pincushion is certainly still employed in some locales, the standard for imaging, mapping and emergency management is now digital; although still often behind available advancements.

In a disaster or emergency situation, a lot depends on the speed and efficiency of Emergency Operations Centers (EOCs). One gap that local and national agencies are working to close is the ability to predict and trigger appropriate responses quickly. This change has the infinite power to improve if sensors, open-source data, contextual imagery and predictive alerts are better leveraged.

Predictive alerts can be programmed to provide action recommendations or specific response instructions.

Public alerts can be programmed to provide action recommendation or specific instructions.

The Power of Real-Time, Predictive Analytics

Live and predictive emergency-operations platforms offer technology light years ahead of the old wall-map pincushion. These platforms report and map what has happened and what is happening, using a variety of data streams, imagery and patented algorithms. But what truly sets such technology apart is the ability to also predict what will happen.

Sensors, systems and people produce trillions of data streams in quantities that increase exponentially almost by the second. But the question remains: “How can EOCs use this massive amount of data to improve response times and proactive action?”

As an example, TransVoyant’s Continuous Decision Intelligence (CDI) Platform correlates and analyzes historical and live data streams to predict outcomes and likely progressions in emergency scenarios. The result is a platform that provides contextual imaging, real-time alerting and predictive warnings.

In October 2013, Austin, Texas, suffered torrential rains that dumped more than a foot of water on the area in just a two-day span. Massive flooding resulted, damaging buildings, roads, bridges and public utility infrastructure. The damages totaled more than $100 million, and four lives were tragically lost.

TransVoyant recently partnered with the city of Austin to profile what a predictive-analytics platform would have allowed it to accomplish in a similar emergency-flooding scenario. This demonstration leveraged CDI to improve future Austin EOC situational-awareness strategies and processes.

Much of the data generated during the flooding of 2013 was recorded and saved, including satellite imagery, 911 and 311 calls, social-media updates (e.g., geolocated tweets about flooding), water-stage reporting and sensor readings, weather reports, street closures, and much more. Many data streams that would’ve been available during the live event were fed into CDI in chronological order, enabling a live simulation to help understand and predict responses that would have reduced risks to citizens and infrastructure.

To correlate and analyze the data flowing through CDI, a number of simple, predictive “rules” were entered into the map-based user interface. User-defined rules determine the messaging that will be displayed for real-time notifications and predictive messaging to first responders and citizens. The following is an example of a predictive rule: “When water gauge A exceeds 19 feet, water gauge B exceeds seven feet, and both occur within the span of one hour, then Onion Creek at East Canyon Creek Road will flood within four hours.”

The benefits of prognostic messaging are numerous—early warnings, for example, can provide police the ability to close dangerous roads before they flood, potentially limiting the loss of life from vehicles swept away from flash flooding. Ultimately, predictive alerting enables emergency-management teams to make the best use of finite resources, allocating personnel, equipment and materials with pinpoint precision to save lives and mitigate property damage.

Forward-looking technologies, such as CDI, offer a range of possibilities that extend far beyond managing disasters and emergencies. Many companies currently use CDI to monitor and manage global supply chains, benefiting from proactive risk awareness of inventory in transit. Government intelligence agencies also use it to exploit Open Source (OSINT) data streams for a wide host of mission operations.

Fortunately, modern technology has advanced far beyond the old-fashioned wall of pincushions. Now with the advent of predictive-focused technology, emergency management and business decision making are more about shaping the future, and less about reacting to the past. 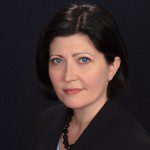 Celena Schaddelee is the director of Government Programs and Technology Solutions for TransVoyant, and serves as an officer in the U.S. Air Force Reserve; e-mail: celena.schaddelee at transvoyant.com.