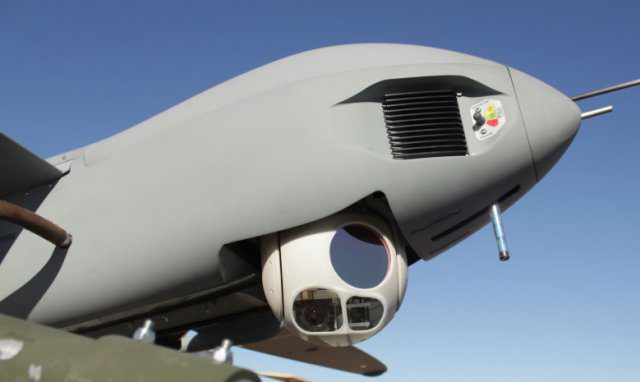 This article was based on conversations with representatives of eight companies in the unmanned aircraft system (UAS) industry. The following company profiles explore some of the technical aspects and challenges of using UAS technology for mapping.

Advanced Aviation Solutions was the first firm in the precision agriculture  sector to obtain an FAA exemption.

Advanced Aviation Solutions (www.adavso.com) is the only company in the United States authorized by the Federal Aviation Administration to conduct UAS flight operations in the agricultural industry, according to Steve Edgar, the company’s founder and owner. Advanced Aviation Solutions essentially provides crop analysis, performing vegetative analysis, land-fill volume calculations and a host of other ag-related functions.

“The UAS is nothing more than just one more tool in the farmer’s barn,” says Edgar. “We can tell him, down to 3 centimeters of accuracy, where there’s a problem. The problems are usually related to water, bugs, weeds or soil. We opted for a fixed wing because in about 20 to 25 minutes we can cover 200 acres. We can get about 55 minutes out of the battery. So, roughly, we can get 400-600 acres complete in an hour of flight time. You couldn’t get that much out of a rotary-wing aircraft.” 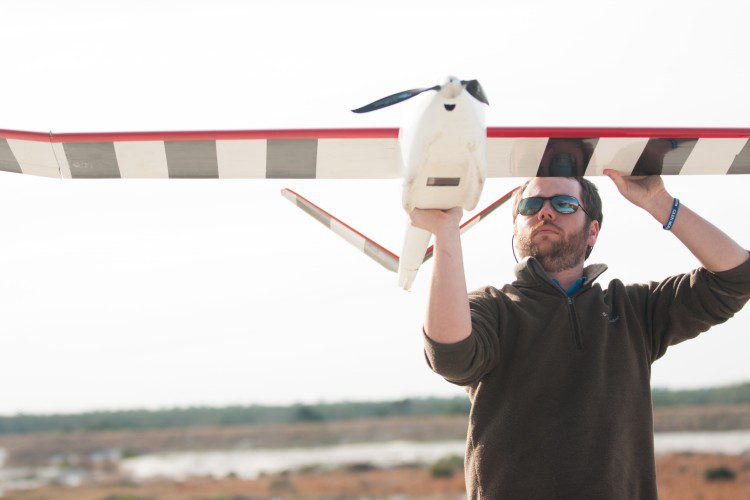 Altavian, based on technology licensed from the University of Florida, integrates engineering and manufacturing with services for  federal, state, local and commercial clients.

“We use a top-of-the line autopilot, making our system a little bit more expensive than the competition,” says Brian Murphy, Altavian’s vice president of Business Development. “However, this results in superior data acquisition efficiencies compared with other auto-pilot technologies. Additionally, our ability to integrate our autopilot with our platforms and payloads
results in superior data products due to a minimization of pitch and roll occurring on the platform. Our systems essentially act like the gimbal camera mounts you’d see in traditional manned aircraft.”

Although Altavian’s system is a bit larger than most other systems, it’s still hand-launched. The system’s larger size allows it to fly larger and more stable payloads, resulting in increased data collection efficiency.

Altavian sells directly to its end customers, “many of whom are experienced aerial mapping companies like Woolpert, Surdex and Keystone,” says Murphy. “Additionally, we have customers who are currently doing traditional land surveying and are looking to use UAS as a way to complement their current capabilities and expand into new business lines.”

The company has two general product lines: the TASE imaging payload and the Piccolo autopilot.

“Our autopilots are used as the controlling solution for many different UASs used for mapping applications,” says Davis. “Our customers use the user interface software that goes with Piccolo to make sure the UAS is in the right place, at the right altitude, and following the right path over the ground to collect the required data.” 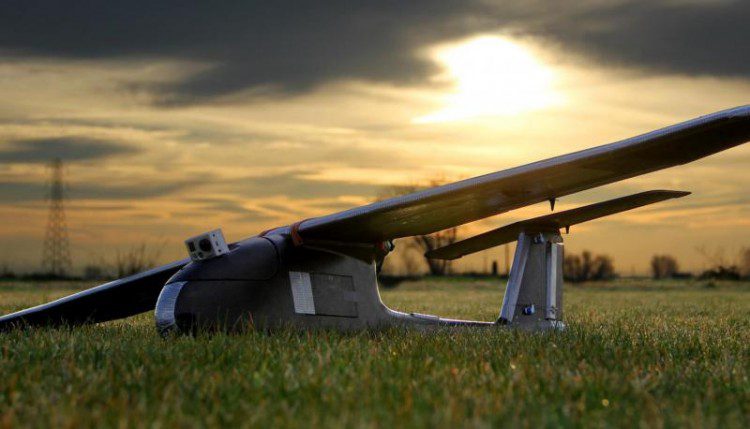 HoneyComb (www.honeycombcorp.com) specializes in aerial imaging solutions for precision agriculture and forestry. Consumer-grade cameras are standard for UASs, according to Ryan Jenson, the company’s chief executive and senior engineer, but HoneyComb can install machine-
vision and other kinds of cameras. 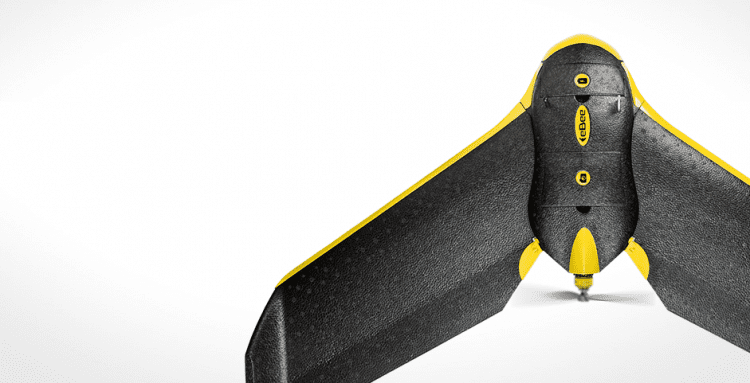 The senseFly eBee drone can capture high-resolution aerial photos that users can transform into 2D orthomosaics and 3D models.

senseFly (www.sensefly.com) develops and produces aerial imaging drones for profes-sional applications, such as surveying for mining and construction projects.

“We’re approaching 100,000 flights on all continents,” says Andrea Halter, the company’s co-founder and head of marketing. “An exciting recent use case was a Turkish corridor mapping for trains, a huge project through half of the country. One might have thought it would need a much bigger system, but they managed it with one eBee, flying like crazy over several weeks and then processing the data—a total project time of three months.”

senseFly’s eBee drone weighs about 1.5 pounds and is made out of flexible foam. According to Halter, eBees are safe, lightweight and easy to launch. 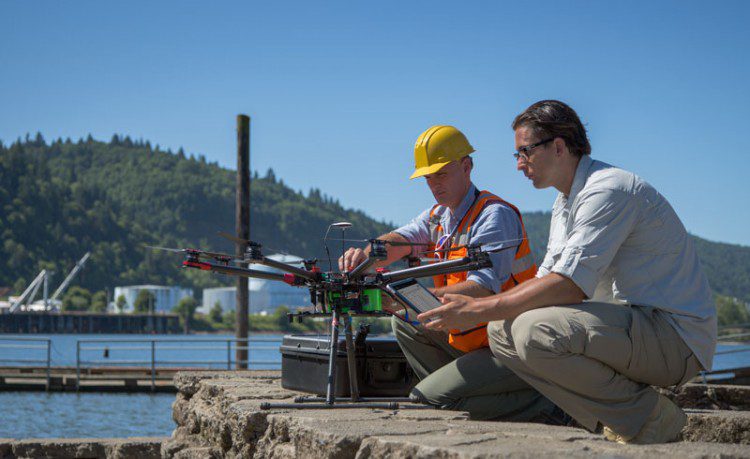 Skyward connects drones and their operators with the  information they need to fly safely and in compliance  with regulatory and insurance requirements.

Skyward (www.skyward.io) develops software and provides professional services that assist UAS operators with scheduling, aircraft maintenance programs and other back-office functions as well as aerial imaging. To help UAS operators manage their airspace and plan missions, the company is also “a provider of geospatial-derived data” and is itself “a consumer of imaging data and geospatial data,” says Marcos Osorno, Skyward’s chief technical officer. “A third thing we want to do is provide an interpretation of those data to lower the entry barrier,” he adds. “Our customers range from people who see a drone as a tool—a roof inspector, say, has a ladder and a drone—to people who see it as an airline—the drone is an aircraft with a crew, a maintenance program and white binders. We provide certain services to all of them.” 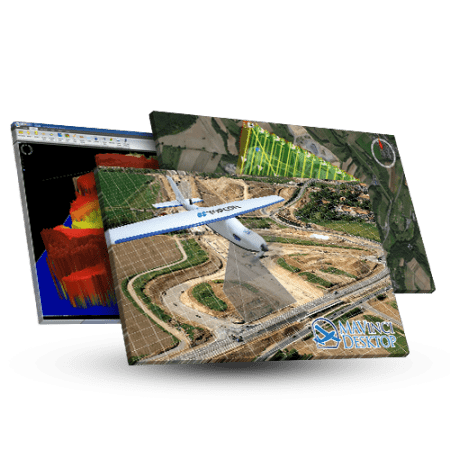 Topcon offers a suite of modules for full control over its Sirius Pro UAS before, during and after flight.

Topcon Positioning Systems (www.topconpositioning.com) provides “field-to-finish workflow solutions,” says Sander Jongeleen, the company’s product manager for mobile mapping. “In the case of UAS, they consist of hardware, software, training and support. Our vision is to provide a continuous representation of reality, collected by multiple sensor types, which can then be explored and analyzed for a variety of purposes.”

According to Jongeleen, UAS technology is part of the company’s mass data collection portfolio, which also consists of, for example, laser scanners and vehicle-based mobile mapping systems—sensors that don’t collect individual points but do a registration of reality based on some type of imaging—and the software to process and analyze the data collected by those sensors. Currently, Topcon’s UAS carries either a red, green and blue (RGB) or near-infrared (NIR) camera, but the UAS also will carry light detection and ranging sensors in the future. 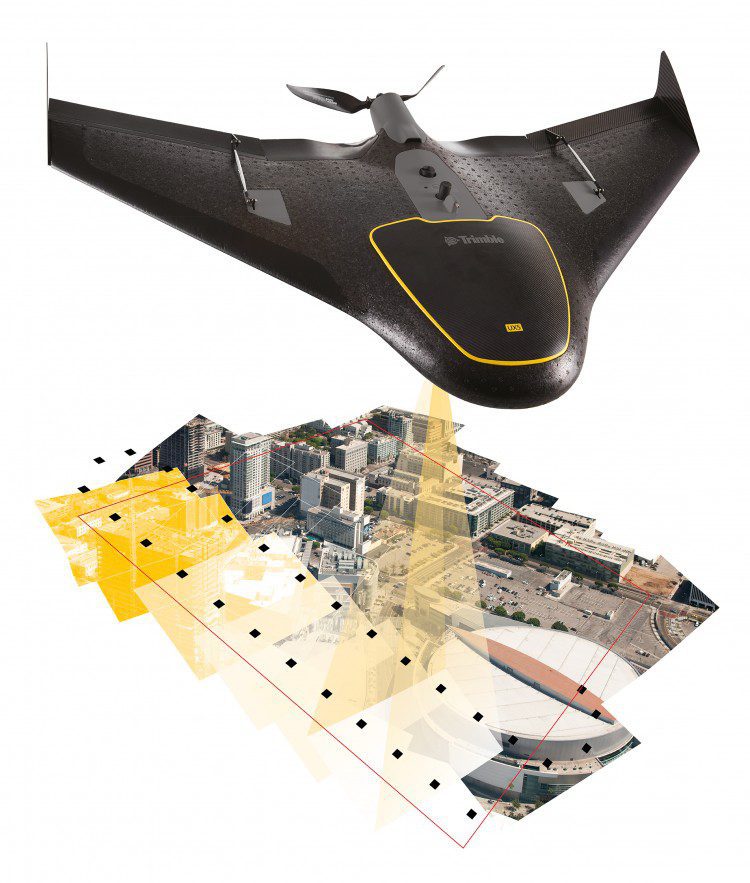 “Our expertise is in combining these different technologies to meet an end goal—for example, a civil infrastructure project, where a UAS is used to collect a topographic survey, and 3D scanning is used to collect as-built details,” says Todd Steiner, product marketing director for the company’s Geospatial Imaging Business Area.

Trimble’s UX5 is a fixed-wing UAS for applications that require collecting data over large areas, such as surveying, mapping, mining and agriculture. The drone comes with either a 24-megapixel RGB camera or the same camera modified for NIR data collection. Additionally, Applanix, a company owned by Trimble, provides direct georeferencing inertial technology and works with UAS providers to integrate that technology.