April 8, 2011
Transforming the Geospatial Landscape: Creating a Common Level of Understanding with Technology, Policy and Programs 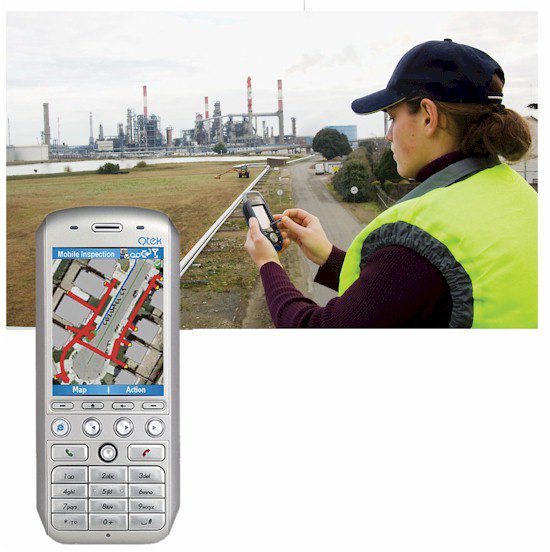 Practically overnight, access to terabytes of geographical information, much of it in three dimensions, has changed the way people work, live and play. Now is the time to create a common level of understanding related to geospatial technology, policy and pro-grams that exist in the public and private sector. 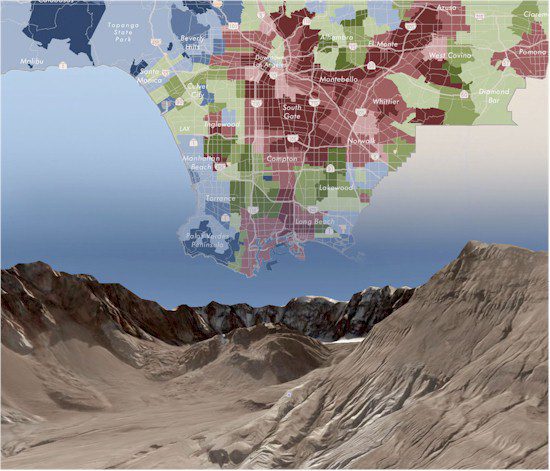 OpenStreetMap is a free map of the whole world that allows users to view, edit and use geographical data in a collaborative way from anywhere on Earth.

We rely on a host of location-based technologies via our desktop computers, personal digital assistants (PDAs) and cell phones. These services fuel a market estimated at $30 billion per year and rep-resent a major information technology growth sector. The primary reasons mainstream commercial applications have emerged are that a wide variety of businesses have taken advantage of investments and policy decisions made by the U.S. government during the last 30 years, as well as burgeoning technology innovations. These innovations include the Internet, communications infrastructure, detailed digital mapping, robust data management systems, advancements in modeling Earth’s sphere, the creation of a constellation of Global Positioning System (GPS) satellites and more.

Additionally, the ability of individuals to accurately determine and record locations in the field is revolutionizing the way geographic data are collected and compiled. Using GPS-enabled devices, thousands of amateur users act as citizen sensors that routinely create volumes of volunteered geographic information (VGI). For example, citizens in New Jersey are locating and reporting wetland features. People can use personal navigation systems to send data to vendors about changes in road features and points of interest. For example, OpenStreetMap has fostered a worldwide phenomenon in which thousands of participants freely form mapping parties to create their own street maps.

Social mapping capabilities are changing long-held constructs of map production and use. In many parts of the world maps have been hoarded as military intelligence property. In these regions, volunteers rid-ing bicycles or walking are capturing map data in the field. Organizations such as OpenStreetMap process such community data to create maps, some of which may be an area’s only available map for an area. The availability of these maps on the Web puts geography in the hands of everyone. 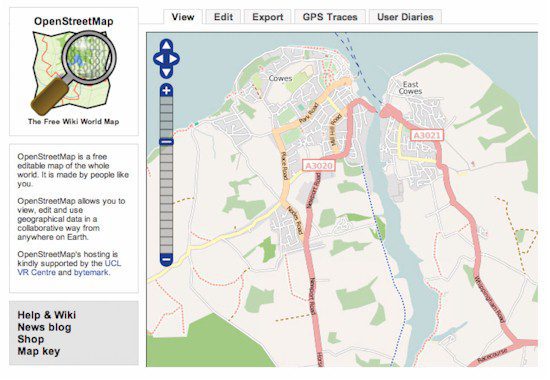 Technology Growth Creates Great Expectations
The detailed street maps that support Web-based mapping applications and in-car navigation systems can be traced to innovations made by the Census Bureau decades ago. Since the initial creation of digital street maps, designed to support the 1970 Decennial Census, the street map data industry has evolved into two multibillion-dollar companies—TomTom and Nokia.
The 1980s represented a migration of geographic information technology to affordable integrated graphics workstations and client-server environments, which facilitated the sharing of data across a network. This enabled the technology to be adopted by hundreds of midsized organizations and agencies. Using commercially available software tools from geographic information system (GIS) companies such as Esri and Intergraph, organizations began to create and maintain extensive geographical databases of corporate and public assets.

Much emphasis in the 21st century has been placed on providing accurate data to sup-port decision-making. In the public and commercial arena, these decisions are diverse. Organizations want to know how to pursue an enemy on a battlefield, what are the best land-use alternatives for combating global warming, where should police be assigned to reduce crime, what areas are at risk for West Nile Virus, what’s the best site to build new schools or what are the route logistics for efficient delivery truck fleet management. At a personal level, people want to know how to get to a party, where to vote, what neigh-borhood is a good location to buy a house, where to find their friends and how will an ambulance find them when they call 911.

Today’s citizens, taxpayers and homeowners have a different set of geographic information needs and expectations than people did 30, 20 or even 10 years ago. They want to access geographic information from home through powerful, inexpen-sive personal computers via broadband networks. People accustomed to social Internet structures are as interested in publishing as they are in consuming information. They readily participate in Facebook’s “what are you doing now” dialog.

Today’s generation of Internet users often are armed with their personal navigation system, are repeat consumers of Google Earth data and expect easy-to-use applications. They flock to sites such as Zillow.com and Cyberhomes.com to view the value of their property and observe the trends in their neighborhoods. This cyberspace generation has high expectations of geographic technologies. They expect to link to their local assessor’s records. They expect detailed, recent aerial photography, and, even better, with bird’s-eye views at four different oblique angles.
To meet the expectations of these new users requires a unified approach. Property lines must be accurately depicted, images must display fine details, and 3-D terrain models must model the flow of water through a neighborhood. These needs can only be met by investments in new data and geographic information tools that inte-grate vast amounts of high-resolution data often measured in terabytes. 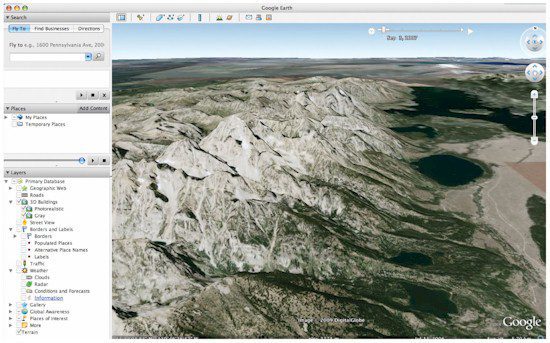 Simplifying Location-Based Information
Earth is a huge study area. It can be divided into pieces of various sizes and studied at macro or micro scales. For some applications, such as tracking hurricanes, scientists can rely on relatively coarse-grained information but need it updated in real time. Conversely, a civil engineer may require centimeter-level precision when constructing a new bridge. The history of geographic information applications has been one of making trade-offs. A person could either study large areas at crude levels of detail or small areas in fine detail. These trade-offs no longer apply.

Perhaps no application exemplifies the success of this better than Google Earth. When released in June 2005, Google Earth represented a paradigm shift that shook many of our established perceptions about geospatial data. It offered multiscale, full-Earth vi-sualization that was free, easy to use and provided a dynamic sense of travel. Although several examples of large-scale, robust geospatial databases existed, none could match Google Earth’s ability to fly virtually to any place on Earth and visualize information at fine detail.

Because it’s free and easy to use, Google Earth’s success has skyrocketed during the last few years. Content from scores of sources has been geographically tagged. A conser-vative estimate of the number of Google Earth users is more than 100 million. The net result is that in just three decades, the number of geographic data users has grown from tens of thousands to a few hundred thousand and then almost instantaneously jumped to hundreds of millions. Google Earth has actually become a common platform for hosting and sharing geographically referenced content of all kinds. In many ways, the mapping service has emerged as the new geographic whiteboard, with hundreds of millions of users posting, consuming and comparing data collaboratively on a common Earth study area. This simple-to-use visual-ization tool is a valuable complement to the professional GIS tools that continue to be used to develop content, execute spatial analysis and perform modeling to support businesses and governments across the country. Casual users and professionals are realizing simultaneously the value of spatial data and visualization.

Consequently, demand for high-resolution imagery from aircraft and satellite platforms has increased, prompting new relationships between private and public organizations. The major customers for these images are the National Geospatial-Intelligence Agency and Google. Aerial photography companies are competing to put fleets of aircraft in the air equipped with sophisticated digital cameras that can capture huge quantities of geographically registered images. The imagery capabilities allow for bil-lions of pixels, each covering an area as small as a few inches.

For example, Pictometry offers data that provide four-inch pixel images from five viewpoints. Applications such as Microsoft’s popular Bird’s-Eye View produce images that have added a new perspective to house hunting. Airborne lasers that collect detailed elevation data—light detection and ranging (LiDAR) technology—provide 3-D geographic visualization. LiDAR has been characterized as the equivalent of send-ing thousands of surveyors into the field to collect X, Y and Z coordinates. As a result, it’s possible to improve the accuracy of floodplain determination and the potential impact of sea-level rise in coastal areas. 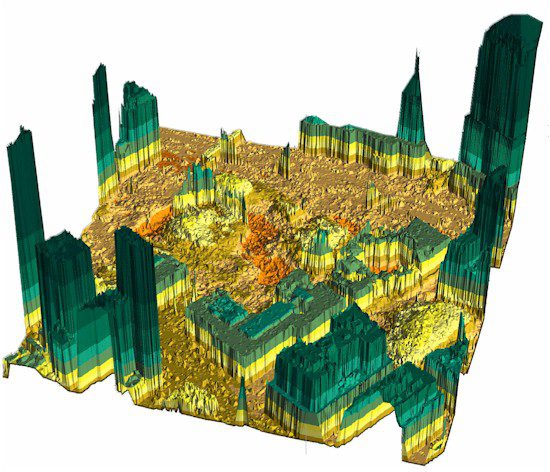 Demand for high-resolution imagery from both aircraft and satellite platforms has increased. Here a 1-meter QuickBird image from DigitalGlobe is compared with a Landsat 30-meter image (inset).

A New Role for Government
In recent decades a shift has occurred within the data produc-tion community from government to private-sector providers and has been encouraged by Congress and the execu-tive branch. A good example of this phenomenon has been the evolution of the U.S. Commercial Remote Sensing Space Policy, which has sustained and enhanced the domestic remote sensing industry while advancing and protecting national security and foreign policy interests.

Numerous profes-sional organizations and associations have fostered the increased involvement of private-sector data providers. As a result, government’s role has shifted from data producer to coordinator, partnership facilitator and manager. This, in turn, has resulted in significant growth in the number, size, capacity and capabilities of the U.S. private geo-spatial community, which is the most robust in the world. This community is engaged in serving the domestic market and is a significant exporter of services, data and technology to serve a growing global market.

The relative shifts in data production from the federal government to the private sec-tor and state and local government call for new forms of partnerships. Furthermore, the hodgepodge of existing data sharing agreements are stifling productivity and are a serious impediment to use even in times of emergency. There’s an urgent need to reexamine the relationships between data providers and users to establish a fair and equitable geospatial data marketplace that serves the full range of applications. When the federal govern-ment was the primary data provider, regulations required data to be placed in the public domain. This policy jumpstarted a new marketplace and led to the adoption of GIS capabilities across public and commercial sectors. However, these arrangements are different when private companies or local governments control data assets.

Several institutions and advocacy groups have monitored the dramatic shift in the relative roles of the federal, state and local governments. For example, the National Research Council, which oversees the Mapping Science Committee, has conducted numerous studies identifying trends and recommending changes that would improve effi-ciency and coordination of geographic information. State governments also have emerged as an increasingly important source of intermediate-level geographic information coordi-nation.

Nearly all the data, technology and applications we see today can be traced to innova-tive policies and government practices of the past. We require similar innovative policies now to keep pace with this remarkable sea change. Government-based geographic information providers can no longer think of themselves as players outside of or im-mune from the community of private-sector, state, local or even public stakeholders. In many cases these stakeholders have embraced technology and processes that have outpaced anything the federal government can provide. At a minimum, what’s needed is a commitment to improved spatial data, recognition of the place of multiple stakeholders in this brave new world and coordinated investment.

Although phenomena such as the Zillow Web site’s millions of hits, cars equipped with navigational devices and phones embedded with location-based services for locating friends are fascinating, the greatest value of the spatial data infrastructure still lies in illu-minating complex policy problems. If we as a country are sincere about resolving univer-sal concerns, such as global warming, sea-level rise and affordable health care, the federal government needs to adopt innovative policies supporting a dynamic and robust spatial data infrastructure.