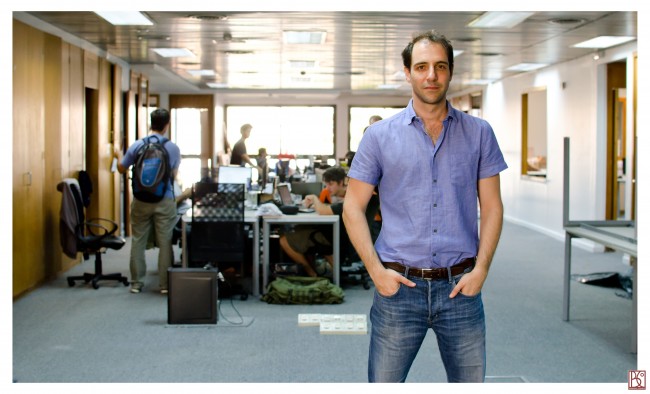 EIJ: You've launched several satellites as testbeds for your technology. Where do things stand now?

Those were early prototypes with which we tested components, sensors, actuators and some of the subsystems.

EIJ:Â How many satellites are planned?

Kargieman:Â The first service constellation will be 17 satellites. It will provide us with two-hour revisit times with 1-meter resolution imagery.

EIJ: You used the term service satellites. Does that term denote the commercialization of your satellites from the early prototypes?

Kargieman: We're focusing on a few different application areas and are starting to work with our initial customers for the applications that will launch our service. We're moving away from the traditional model of Earth observation, where you sell images, to a business model where we sell a service to customers with the information they need. The service will use the images we collect but will deliver a data stream rather than pixels.

EIJ: Is your data available now for launch customers?

Kargieman: Today we're using the prototypes we launched to develop the initial set of applications. We're working closely with our launch customers on early application development based on the capability our constellation will have, using the early satellites. We're not providing services yet.

EIJ: You have an open-platform approach, where your partners have access to your data model. How does that work?

Kargieman: We're putting a sensor network around the Earth and building a platform our partners can access to generate the data they need.

The sensors provide Earth observation images as well as video. We're working with our customers on the initial applications, but the goal is to open the platform to developers, engineers and others who want to build their own code and software that will run in this platform and use the data from the constellation's sensors to generate data streams. They'll use data from different sensors and satellites over a period of time to generate specific information needed for decision-making. We're working mostly in agriculture and oil and gas as our initial demonstration areas.

EIJ: You're helping to bring about the era of near real-time geospatial data with your two-hour revisits. Is the plan to get the data in the hands of users within the shortest timeframe possible?

Kargieman: Our vision is to provide real-time imaging of the planet. We're starting our initial constellation with high revisit times of high-resolution imagery, but we won't stop there. We'll grow that capability in the next few years to collect and deliver imagery in real time anywhere on the planet.

EIJ:Â Can you speak to the edge that delivery speed will give your customers?

Kargieman: When you start to do multitemporal analysis, it's important to have repeated high-frequency images and data from the same spot (two hours now and going to a few minutes in the future). This gives you the ability to compare and track change.

Particularly when you have images with different spectral bands, you start to see a lot of information that has been hidden from us. If our satellites go over the same spot once a day or once a week, or if you can only afford one image of the spot, then you're only seeing a small snapshot of what's going on.

When you do multitemporal analysis based on recurring imagery from the same spot in different spectral bands, you turn the snapshot into a movie. There's a lot more information about what's going on in that spot. In agriculture, we can use this information to look at things like soil moisture and how the structure of the soil depicts biomass growth and a specific plant type's growth. We can look at crop health and the spread of disease in real time. We can look at rain and the effect of drought.

A lot of things that were hidden in the gaps of the data are now widely available. Our customers will have a lot more information for decision-making in the near future.

EIJ: Agriculture is an exciting area, given how automation is happening so rapidly now with robotic steering and maps driving the application of crop inputs. Mining and oil and gas exploration are similar in terms of their quick adoption of automation. Is the sweet spot providing information for automation?

Kargieman:Â Completely. We're seeing how agriculture is becoming a data science, and we need all kinds of sensors to generate data that then needs to be aggregated and fused for interpretation. This will allow us to do agriculture in a more efficient and optimal way.

The information we can generate from a high-frequency, high-resolution imaging platform”like the one we're putting into space”will have a central role in turning agriculture into data science. 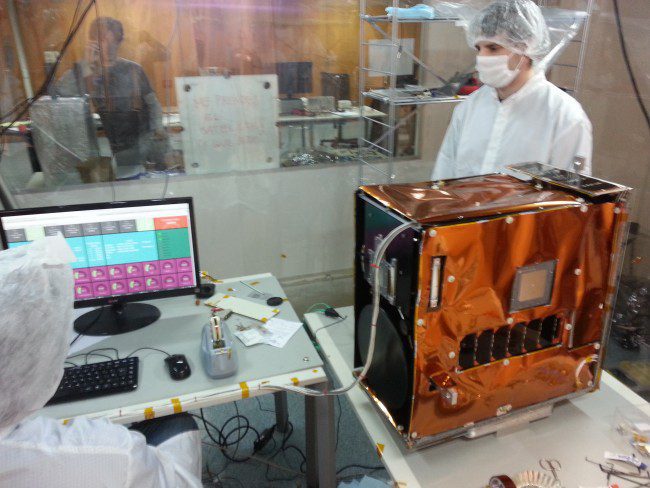 Satellogic is packing its satellites with the latestÂ available components and propietary technology to serve commercial-grade imaging and data from space.

EIJ:Â The approach you've taken is somewhat unique, with a set of prototypes first. Is the idea to continue to iterate the platform over time as well?

Kargieman:Â One of the things we're trying to bring to space is the idea that's so common in the information technology space, and that's to launch fast and iterate a new product quickly over time. You can grow the platform with your users so it becomes more useful over time. We're working on short development cycles in which we're building a complete new platform for satellite technology with a new generation every year. We'll continue to iterate with newer models every year, including new sensors, more appli-cations, more computing power and other things that make up the platform.

EIJ:Â Are you wedded to smallsats as your sensor platform size?

Kargieman: Small satellites aren't a requirement for what we do. It's mostly where we get to when we're trying to pack a lot of capability in a format that allows us to deliver a service to our customers at a price they're willing to pay. There are a few issues if you look at the current pricing for high-resolution imaging. It's not only that the coverage is too sparse and that we don't have enough imagery capability and frequency.

You can't get to frequent revisits at the current price. You have to be able to get the imagery at a price that makes sense. To do that we have to pack a lot of capability in a small platform as well as launch more satellites and provide the data at a reasonable cost.

EIJ: As a startup company, has it been easy for you to raise funds around your business model?

Kargieman: We've been building the technology and the prototypes, and we've been able to fund the company with private funding and investors who understand what we're creating. As with any startup, funding is a key thing to resolve to advance. Our approach and abilities are so unique that it has been easy to get people excited about them. We've been proving our capabilities by developing prototype applications, and that gives investors and potential customers confidence as they see the company's progress.

EIJ: It's an interesting time for Earth observation, with the disruption of so many traditional business models, particularly from smallsats and the coming drone explosion. There's a lot of pressure on the companies that pioneered the commercial Earth observation market. What are your feelings toward those companies and what they deliver?

Kargieman: If you look at the pace of innovation, it's really picking up and will accelerate for several years to come. The big traditional players have been focusing on higher resolution sensors and lowering restrictions on the resolution they can distribute. Such companies are delivering amazing products, but there are more directions to which the industry and technology can grow.

We're pushing toward higher temporal resolution, greater frequency and higher spectral resolution. I think we're going to see a lot of different companies exploring different growth avenues during the next few years. It's going to be an exciting time for customers, and it will be exciting for companies to diversify and expand the market.