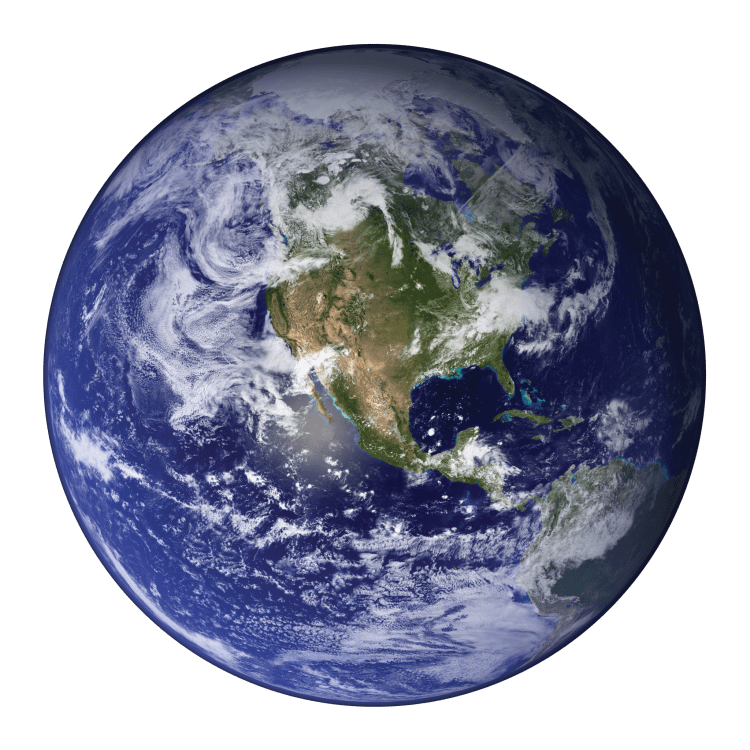 Advances in spaceborne remote sensing have led to Â a wide variety of sensors for environmental and natural resources mapping and data acquisition.

By Assefa M. Melesse, Qihao Weng, Prasad S. Thenkabail and Gabriel B. Senay. Melesse is a professor with the Department of Earth & Environment, Florida International University (www.earthenvironment.flu.edu), Miami. Weng is the director of the Center for Urban and Environmental Change, Department of Geography, Indiana State University (www.indstate.edu/cuec), Terra Haute, Ind. Thenkabail is a research geographer with the U.S. Geological Survey (www.usgs.gov), Reston, Va. Senay is a contractor with the U.S. Geological Survey Center for Earth Resources
Observation and Science (http://eros.usgs.gov), Sioux Falls, S.D.

he use of remotely sensed data in natural resources mapping and environmental modeling has greatly increased in recent years. Spaceborne sensors with a wide range of spatiotemporal, radiometric and spectral resolutions have become valuable data sources for large-scale applications and study. Here we examine some of the most commonly used remote sensing applications in environmental resources mapping and modeling.

Today's spaceborne sensors provide data in a wide range of scales (or pixel resolutions), radiometry, band numbers and bandwidths. Much of the data is free and accessible online. For a comprehensive list, visit Satellite Imaging Corp.'s Satellite Sensors Web pages at www.satimagingcorp. com/satellite-sensors.

Many environmental monitoring applications require frequent coverage of the same area. This requirement can be maximized by using data from multiple sensors. However, because data from these sensors are acquired in multiple resolutions (spatial, spectral and radiometric), multiple bandwidths and in varying conditions, they need to be harmonized and synthesized before being used. This will help normalize for sensor characteristics such as pixel sizes, radiometry, spectral domain and time of acquisitions as well as for scales. Also, intersensor relationships will help establish seamless monitoring of phenomenon across landscape.

To understand the dynamics of patterns and processes and their interactions in heterogeneous landscapes such as urban areas, one must be able to quantify accurately the spatial pattern of the landscape and its temporal changes. To do so requires a standardized method to define these component surfaces as well as to detect and map them in repetitive and consistent ways. Thus, a global model of urban morphology may be developed, and monitoring and modeling their changes over time is possible. 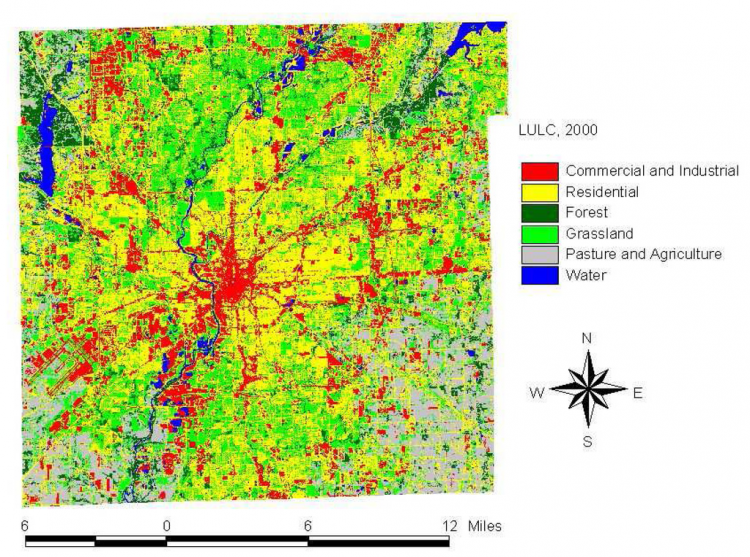 Figure 1. An LU/LC map of Indianapolis was derived from a Landsat ETM+ image collected June 22, 2000.

Therefore, the soft/fuzzy approach of LU/LC classifications has been applied in which each pixel is assigned a class membership of each LU/LC type rather than a single label. However, some researchers maintain that identification/description/quantification, rather than classification, should be applied to provide a better understanding of the compositions and processes of heterogeneous landscapes such as urban areas.

A major conceptual model for remote sensing analysis of urban landscapes is the vegetation-impervious surface-soil (VIS) model, which assumes land cover in urban environments is a linear combination of three components: vegetation, impervious surface and soil. This model can be applied to spatial-temporal analyses of urban morphology, biophysical and human systems. Although urban land use information may be more useful in socioeconomic and planning applications, biophysical information that can be directly derived from satellite data is more suitable for describing and quantifying urban structures and processes.

The VIS model was developed for Salt Lake City, Utah, but it has been tested in other cities that employed the VIS model as a conceptual framework to relate urban morphology to medium-resolution satellite imagery; however, hard classification algorithms were applied. Therefore, the problem of mixed pixels can't be solved, and urban landscape analysis was still based on pixels or pixel groups. 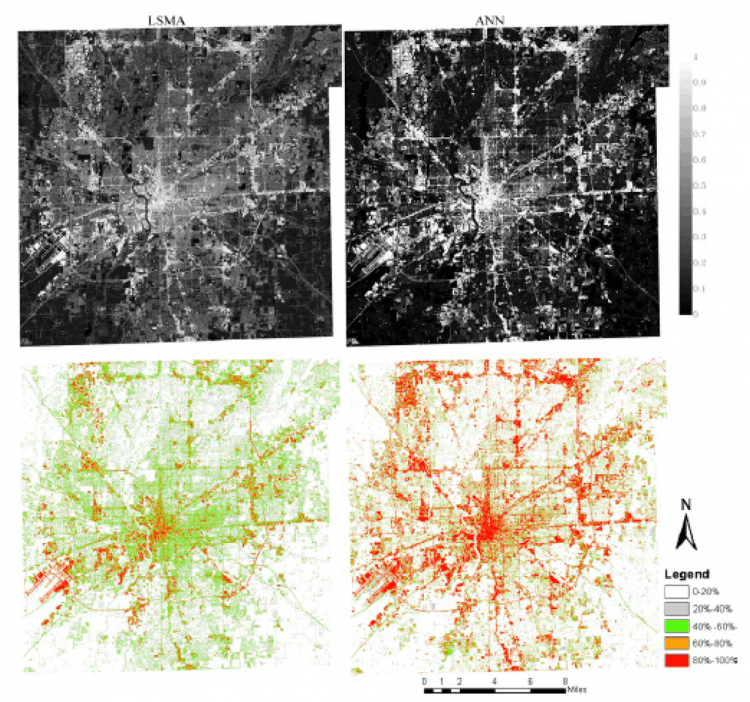 Linear spectral mixture analysis (LSMA) is another approach that can be used to handle the mixed pixel problem, besides the fuzzy classification. Instead of using statistical methods, LSMA is based on physically deterministic modeling to unmix the signal measured at a given pixel into its component parts called endmembers, which are recognizable surface materials that have homogenous spectral properties all over the image. LSMA assumes that the spectrum measured by a sensor is a linear combination of the spectra of all components within the pixel. Because of its effectiveness in handling the spectral mixture problem and ability to provide continuum-based biophysical variables, LSMA has been widely used in estimating vegetation cover, impervious surface estimation and/or urban morphology analysis, vegetation or land cover classification and change detection. In Figure 1, LU/LC classes were formed by using LSMA-derived fractions with a hybrid procedure that combined maximum-likelihood and decision-tree algorithms.

With the advent of high-resolution imagery and more capable techniques, urban remote sensing is rapidly gaining interest in the remote sensing community.

Since the 1972 launch of the first Earth Resources Technology Satellite (ERTS-1), scientists have used remotely sensed data from different sensors to characterize, map, analyze and model the state of the land surface and surface processes. With the help of new algorithms, new hydrological information has been extracted from remotely sensed data and used in hydrological and environmental modeling.

For example, a variety of sensors have been used to map wetlands, floodplains, disaster areas, coastal shores, river banks, snow pack, drainage basins and other areas, allowing researchers to distinguish the areal extent of a given land feature from others due to the differences in their spectral signatures. Different studies have used aerial photos, satellite images, light detection and ranging, and radar data to map and visualize land surfaces for planning, resource mapping, hazard assessment and emergency operations. 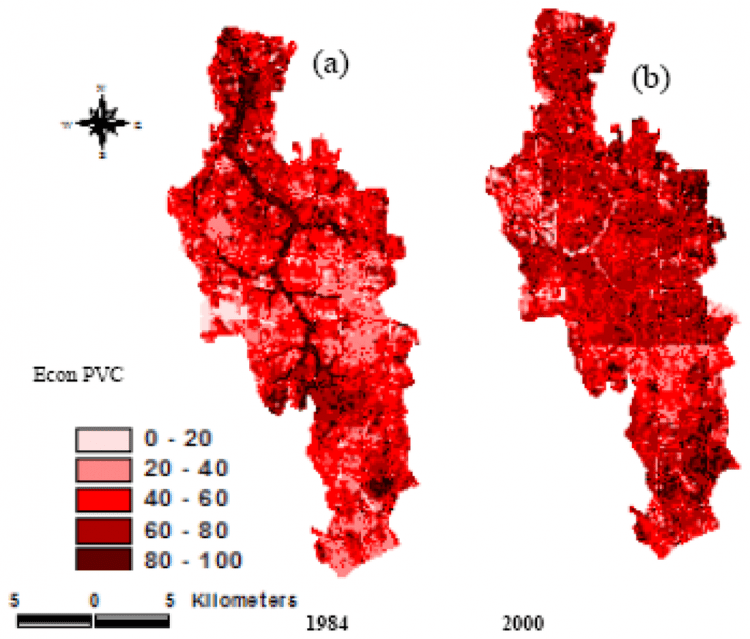 With the advent of grid-based remotely sensed rainfall data, applying crop water balance models for crop monitoring and yield forecasting has gained increased acceptance by various international, national and local organizations. Soil water is a key variable in hydrological modeling, determining the partitioning of rainfall into runoff and deep percolation as well as controlling the rate of evapotranspiration (ET).

With the help of new algorithms, new hydrological information has been extracted from remotely sensed data and used in hydrological and environmental modeling.

Although estimating actual evapotranspiration (ETa) is the ultimate goal of many researchers for hydrological and agronomical applications, it's often difficult to quantify and requires expensive instrumentation. However, hydrological modeling techniques are used to estimate ETa. Two basic techniques are based on either energy balance principles or water balance-based algorithms.

The most widely used water balance technique is the water balance algorithm from the Food and Agriculture Organization (FAO). The algorithm is used to produce the crop water requirement satisfaction index (WRSI), which is also known as the crop-specific drought index (CSDI). The WRSI shows the relative relationship (ratio/percent)Â  between the supply (from rainfall and existing soil moisture) and demand (crop demand to meet its physiological needs) using observed data from the beginning of the crop season (planting) until the current date. A value of 100 indicates all the crop demand has been met, whereas values less than 50 generally indicate a severe water shortage that could lead to a crop's failure. Values between 50 and 100 will indicate different degrees of crop stress and yield reductions from a shortage of adequate supply.

The key input data to the water balance model are precipitation, potential evapotranspiration (PET), soil water holding capacity and crop coefficient. The key crop coefficient values are obtained from FAO, whereas the other three main datasets are spatially distributed.

Precipitation is the most important input of the model. Satellite-derived rainfall estimates (RFEs), generated by NASA and the National Oceanic and Atmospheric Administration (NOAA), are used to drive the water balance model. NOAA produces daily rainfall data at 10-km spatial resolution using a blend of Meteosat's cold cloud duration (CCD) and rain gauge data for Africa. NASA generates daily rainfall data at 25-km resolution from the Tropical Rainfall Mapping Mission (TRMM) satellite, which covers the globe between 60 degrees latitude north and south of the equator.

Another important model parameter for the crop water balance model is the soil water holding capacity. For global applications, FAO's digital soils map of the world is used. 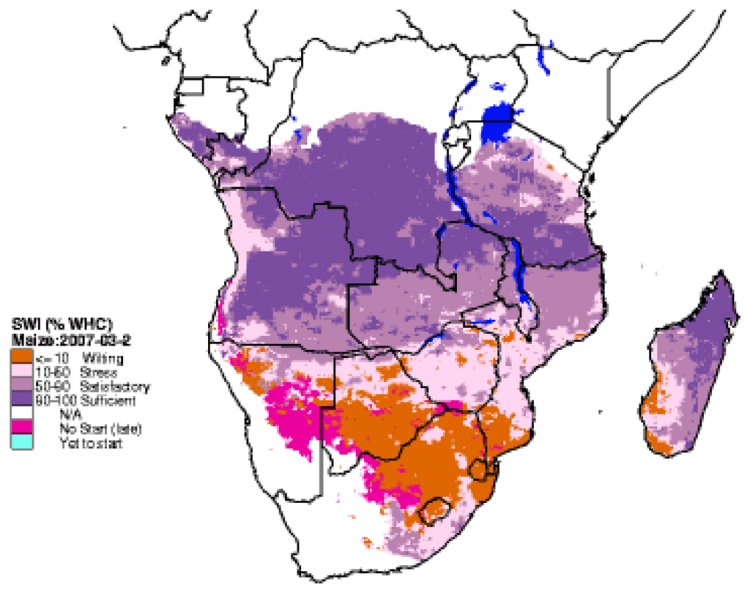 For example, Figure 4 shows a soil water index (SWI) map for Southern Africa's 2006/2007 growing season, which indicates the level of soil water in the root zone as defined by the soil water holding capacity of the top 1 Â meter of soil. The SWI image shows four broad classes for qualitative interpretations. Areas with less than or equal to 10 percent are labeled as wilting, which is generally a trigger level for drought early warning. This and other satellite-based monitoring products are used to develop weekly weather hazard maps through a consensus among FEWS NET partners such as USGS, NOAA, NASA, USDA and Chemonics International. The products are posted regularly as graphics and image data at the USGS early warning website (http://earlywarning.usgs.gov/adds).

Editor's Note: This article is an adapted excerpt from Remote Sensing Sensors and Applications in Environmental Resources Mapping and Modeling, which is available for free online at www.mdpi.com/1424-8220/7/12/3209.

There are eight distinct eras of remote sensing. Some run in parallel time periods, but they're distinctly unique in terms of technology, data use, applications and data characteristics. The advances made in spaceborne remote sensing in the last 50 years have been phenomenal. Current trends indicate ongoing innovation.

¢ The availability of data from multiple sensors with wide array of spatial, spectral and radiometric characteristics will be available from multiple sources.

¢ The availability of high-resolution data from various imaging constellations will require innovations in data handling, storage and backup. But for applications, a combination of high spatial resolution and frequent coverage is optimal.

¢ Microsatellites that specialize in gathering data for specific geographic location and/or for particular applications will become more common.

¢ For many environmental and natural resource applications global wall-to-wall coverage is essential, and satellites like the Landsat series will continue to play an important role.

¢ Advances in data synthesis, presentation and accessibility through systems such as Google Earth will bring in new users and multiply applications of remote sensing in environmental sciences and natural resources management.