GfK’s Map of the Month for May shows the regional distribution of babies and toddlers younger than five years in Germany, Austria and Switzerland in 2021. 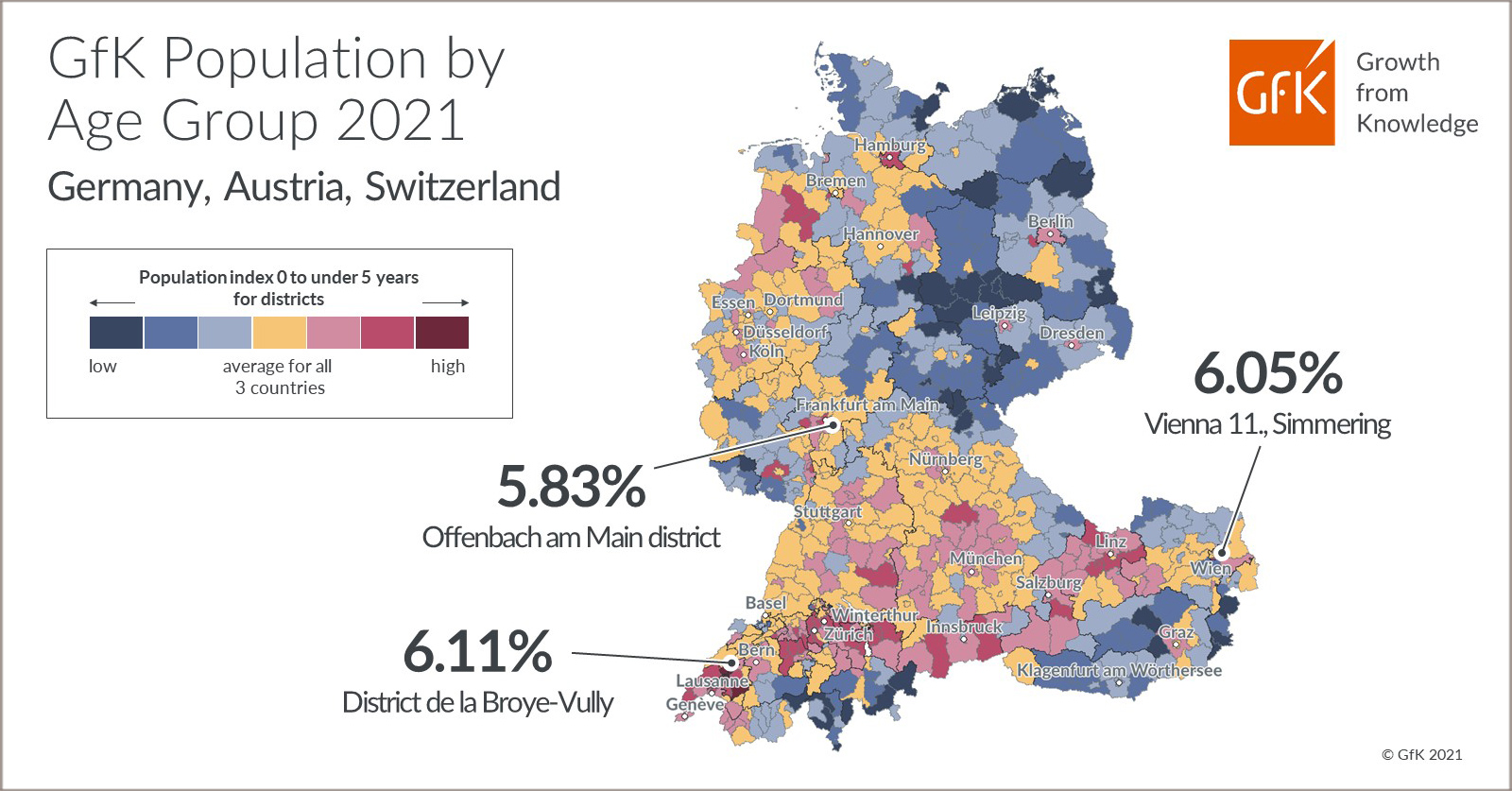 The map may be freely distributed and reproduced if the following attribution is included: "Illustration: GfK".
---
GfK GeoMarketing is a member of GfK Group
GfK GeoMarketing GmbH, Bruchsal, Germany, commercial register Mannheim HRB 250872; Managing director: Doris Steffen
This email and any attachments may contain confidential or privileged information. Please note that unauthorized copying, disclosure or distribution of the material in this email is not permitted.