November 6, 2013
Where Do All Those Great Astronaut Photos Come From? 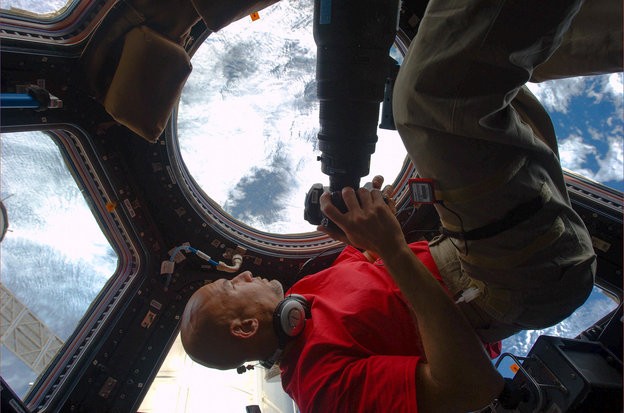 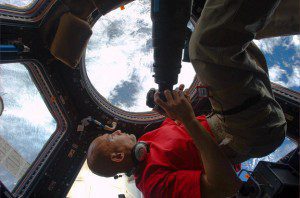 Astronaut Luca Parmitano is shown here with his camera inside the cupola on the International Space Station.

More than 230 miles above Earth, aboard the International Space Station, is a seven-window observatory module called the Cupola—the largest window in space.

That's where Italian astronaut Luca Parmitano spends time taking photos of Earth. From the cupola, Parmitano photographs the abstract patterns of the planet below: remnants of a meteor impact crater in Africa, threads of wild green rivers in the Andes and calculated intersections of a North American city.

Of all the things he's photographed, Parmitano says the most surprising thing he's seen is a rare weather phenomenon called noctilucent clouds.

"They look incredibly ethereal and fragile," he writes. "Pictures only convey a dim view of their beauty."