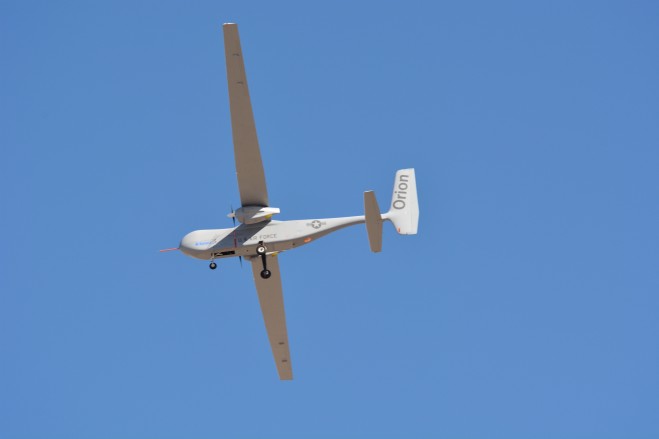 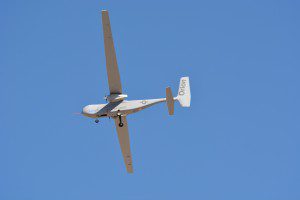 The Orion UAS from Aurora Flight Sciences eclipsed the endurance record of 30.5 hours set in 2001 by the Global Hawk. The Orion stayed aloft 80 hours in early December 2014.

An 80-hour flight of Aurora Flight Sciences’ Orion unmanned aircraft system (UAS) has been submitted for review as an endurance record, eclipsing the 30.5-hour flight of the Global Hawk UAS set in 2001.

This was the 18th flight of this unmanned craft, which is managed by the U.S. Air Force as part of its Ultra Long Endurance program at the Air Force Research Lab.

“The need for persistent surveillance in areas far from U.S. bases is a geopolitical fact of life,” said Aurora CEO John Langford. “Orion can do this at operational costs significantly below any competing system. There are also important applications for this airplane in areas such as communications relay and Internet service provision.”

Observers from the National Aeronautic Association were there to witness and supervise the duration attempt. The craft had 1,700 pounds of fuel remaining at the end of the flight, coming down due to limited range availability.