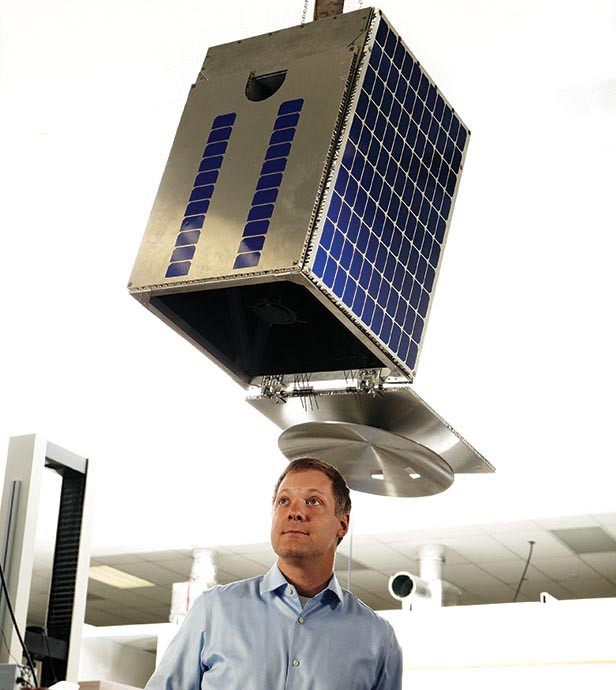 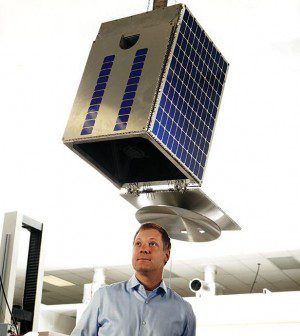 Dan Berkenstock is developing new, smaller imaging satellites, along with software that will automatically analyze the images for useful information.

Dan Berkenstock, cofounder and chief product officer of Skybox Imaging, wants to let "anyone know what's happening anywhere in the world at any time." Next year the company plans to launch the first of what it hopes will be a constellation of 12 to 24 satellites taking high-resolution pictures of Earth. Each satellite should cost about one-tenth as much as the $250 million to $500 million imaging satellites operated by companies like DigitalGlobe and GeoEye.

Currently, so few commercial imaging satellites are in orbit that it can take days or even weeks to get pictures of a location—and there will be only one per day. By placing multiple satellites in multiple orbits for the cost of a single traditional satellite, Skybox plans to realize something closer to Berkenstock's vision of anywhere, anytime coverage: It could photograph nearly any spot on the planet up to three or four times a day, weather permitting. (Skybox's license from the U.S. government takes security and privacy concerns into account, as the satellites will have one-meter resolution—enough detail to identify a crowd but not an individual.)

The secret to the low cost of Skybox's satellites is their size: Each one is about as big as a large trash can, rather than a minivan. With smaller, more modern components than those typical in the conservative aerospace industry, they're cheaper to build, and less-expensive rockets can be used to launch them. Skybox is hoping to recoup the cost of the constellation by expanding the market for fresh satellite imagery beyond the government and the military. Berkenstock is working on tools for storing and classifying petabytes of data—tools that financial analysts, for example, could use to get daily counts of the cars in the parking lots at thousands of retail location.