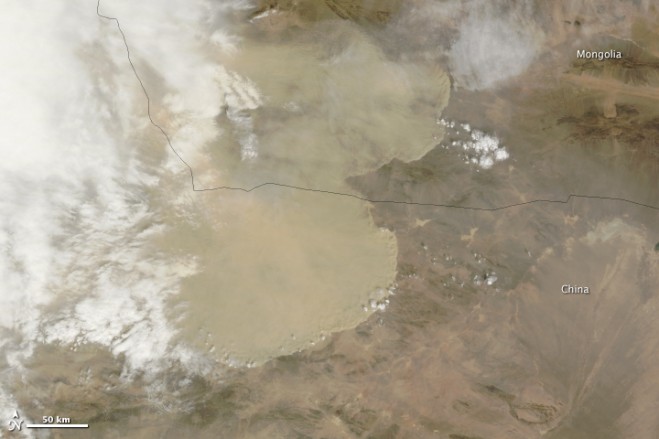 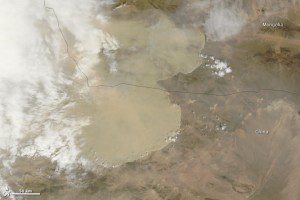 A wall of dust was barreling across northern China on April 23, 2014. Images collected by NASA’s Aqua and Terra satellites two hours apart show how fast the dust advanced. 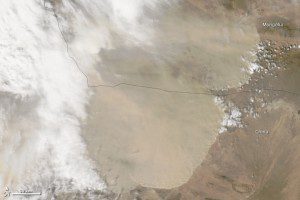 Dust storms are common in the deserts of northern China, but they peak during the spring when large storms and weather fronts move in from Siberia. In this case, a large front appears to be pushing east across Asia, kicking up dust ahead of it. On the ground, the dust brought visibility down to less than 50 meters (160 feet), veiling parts of northwest China in yellow haze.