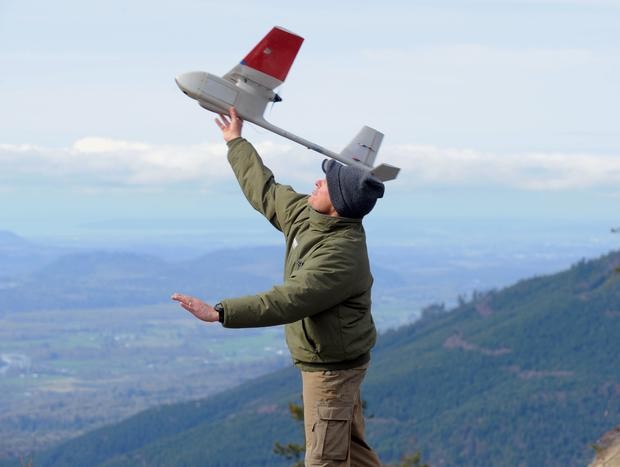 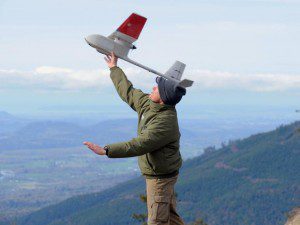 Mark Feller of the U.S. Geological Survey launches a drone from a ridge north of Hamilton, Wash., in this undated photo. The 4-pound UAS, equipped with cameras, was used to help track a local elk herd.

A survey over a section of public land near Mount Vernon, Wash., was a first-time trial run using an unmanned aircraft system (UAS) to survey elk in dense, forested areas to estimate herd population. Surveyors will compare the number of radio-tagged elk in the area at the time of the survey with the number of tagged animals observed in video footage to estimate the herd’s population.