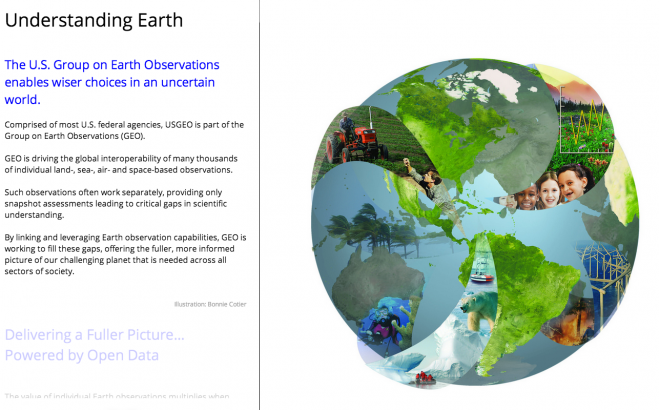 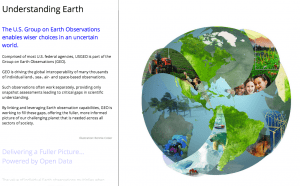 This story map illustrates the benefits and value of open and accessible Earth observation data.

A report from the recent plenary session of the Group on Earth Observations (GEO) by Timothy Stryker, the director of the U.S. Group on Earth Observations Program (USGEO), emphasized the importance of open and machine-readable data. With a mission focused on collaborative global measurement and monitoring, it’s critical for the tools and technologies to work together.

Maximizing the value of the Earth observations collected by federal agencies involves making observation data accessible to users worldwide.  In this spirit, President Obama announced at the recent United Nations Climate Summit that the United States would release elevation data for most of the Earth’s land surfaces. These data will improve understanding of environmental change and societal ecosystem and vulnerability in countries worldwide, and their release underscores the U.S. commitment to address the environmental impacts of extreme weather and climate change.

GEO has done a lot to communicate the value of Earth observation. With this latest plenary session complete, there’s growing interest in deriving greater insight for additional economic and societal benefits.