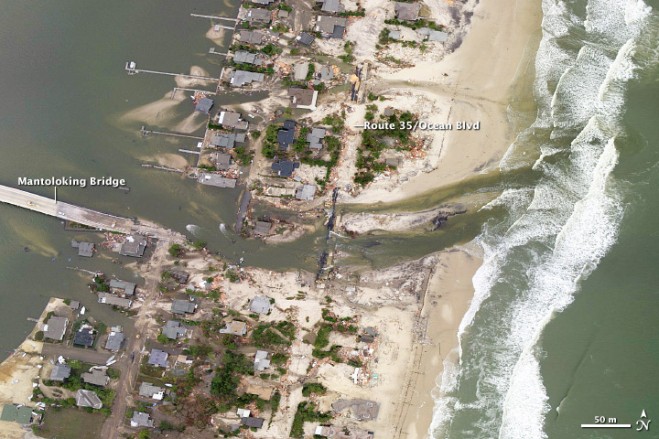 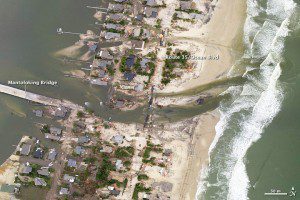 Before-and-after aerial images of the New Jersey coastline just north of where Hurricane Sandy made landfall clearly illustrate why meteorologists are calling the hurricane “Superstorm Sandy.” 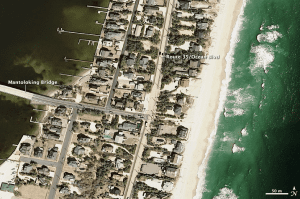 The two aerial photographs at left show a portion of the New Jersey coastal town of Mantoloking, just north of where Hurricane Sandy made landfall. The Mantoloking Bridge cost roughly $25 million when it was opened in 2005 to replace a bridge built in 1938. After Sandy passed through on Oct. 29, 2012, the bridge was covered in water, sand and debris from houses; county officials closed it because they considered it unstable.

On the barrier island, entire blocks of houses along Route 35, also known as Ocean Blvd., were damaged or completely washed away by the storm surge and wind. Fires raged in the town from natural gas lines that had ruptured and ignited. A new inlet was cut across the island, connecting the Atlantic Ocean and the Jones Tide Pond.