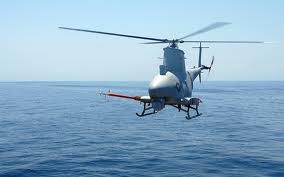 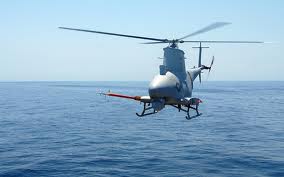 A detachment of MQ-8B Fire Scouts completed a second deployment for the unmanned aerial system Aug. 3, returning to Naval Station Mayport, Fla., after seven months on the frigate Halyburton, where the unmanned helicopters tracked pirates and provided surveillance over Libya.

It was a conclusion to a busy deployment that included early technical troubles, which resulted in a solid lashing in a Pentagon report. Once those glitches were fixed, the aircraft surpassed expectations, the people who worked with it said.

Initially, the system’s aft antenna didn’t work properly, limiting the real-time video stream from the aircraft to the ship. As soon as the antenna was repaired, the video linkup was operational 95 percent of the time and was a great asset during operations, according to Paul Achille, the deputy program manager for the Fire Scout Program Office.

“First of all, it did a good job on there, when on station, conducting anti-piracy missions, and it continued to do sea surveillance missions,” he said.

According to Achille, the drones were able to provide live full-motion video coverage of the land and sea, exactly like they were designed to do.

A June 24 report from the Defense Department’s director of operational test and evaluation did not give the Fire Scout as glowing a review. It said that its data link made the aircraft unreliable for time-sensitive missions and incapable of providing regular intelligence. Navy officials agreed that the drone had problems, but they said the report focused only on its early operations, including flights that were hindered by a faulty aft antenna. As soon as the antenna was fixed, the Fire Scout’s performance improved dramatically.

In all, five Fire Scouts were onboard Halyburton. Two deployed with the ship when it left port but were later replaced with two that had been specially configured for operations over Libya. After as many as 15 missions over Libya, one of the aircraft crashed June 21. It was replaced with another Fire Scout with the standard equipment setup, according to Achille.

A 6th Fleet spokesman said that an investigation revealed no indication of a mechanical or operator error, and it is likely that the Fire Scout was shot down by forces loyal to Libyan leader Moammar Gadhafi. Investigators were not able to examine the wreckage or crash site.

The drone’s operations and maintenance were left to the H-60 Seahawk community. Pilots qualified to fly that helicopter flew the aircraft from the frigate while maintainers handled repairs. Also, a senior chief flew the Fire Scouts during some of the 147 Halyburton flights. The senior chief earned a private pilot’s license and completed a five-week Fire Scout operator’s course before taking the controls for a handful of the flights.

There was no difference between how the sailor and the officer flew the aircraft, according to Achille.

Typically, H-60 pilots fly the Fire Scout, and the aircraft is maintained by H-60 crews. In this case, the SH-60 operators and aviators with Helicopter Anti-Submarine Squadron Light 42, Detachment 2, on Halyburton were responsible for the Fire Scouts.

Image and article courtesy of navytimes.com.