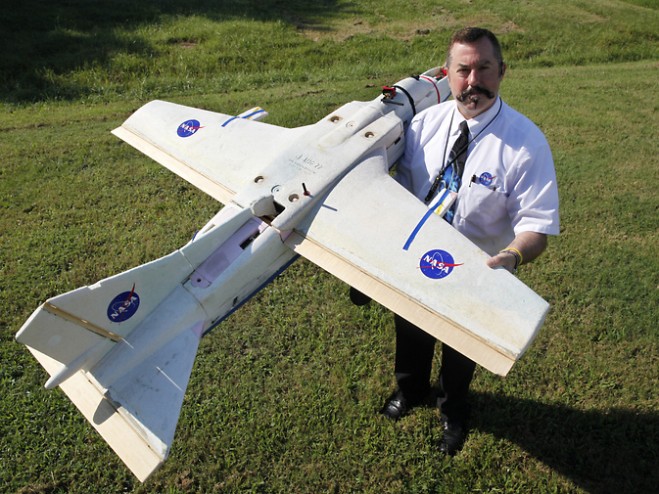 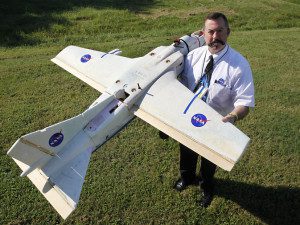 NASA researcher Mike Logan plans to use this small UAS to check for fires at The Great Dismal Swamp National Wildlife Refuge as part of a research agreement with the U.S. Fish and Wildlife Service.

NASA’s Langley Research Center is conducting research on the use of small unmanned aircraft system (UAS) vehicles to provide advance warning of wildfires and to aid in mitigation. A one-year research project is under way at the Great Dismal Swamp National Wildlife Refuge in cooperation with the U.S. Fish and Wildlife Service. The Great Dismal Swamp National Wildlife Refuge is a nearly 50,000-square-acre region centered on the Virginia-North Carolina border.

“The agency hopes to see a significant decrease in cost to survey the Great Dismal Swamp as well as a reduction in time to detect nascent fires,” said Great Dismal Swamp Refuge Manager Chris Lowie. “This could potentially save millions of dollars to the taxpayer in firefighting costs.”

Mike Logan, the research lead at Langley, spearheaded the effort after a forest fire in 2011 that lasted almost four months and cost more than $10 million to extinguish. Smoke from that fire, which was caused by a lightning strike, traveled as far north as Maryland only three years after another $10-million blaze in 2008.

“I made a phone call to the local fire captain after days of inhaling peat bog smoke,”said Logan. “I learned most fires are caused by lightning strikes and the only way they can spot them is by hiring an aircraft to do an aerial survey of the huge swamp. So I figured why not use a UAS as a fire detector?”