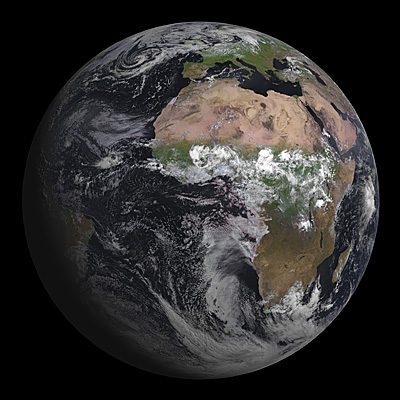 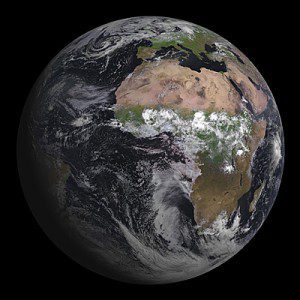 Eumetsat’s MSG-3 satellite delivered its first image of Earth on Aug. 7, 2012. The image was acquired by the spacecraft’s SEVIRI instrument.

The European Space Agency (ESA) was responsible for the initial operations after MSG-3’s launch and handed over the satellite to EUMETSAT on July 16. The first image is a joint achievement by ESA, EUMETSAT and the European space industry.

For its mandatory programs, EUMETSAT relies on ESA for the development of new satellites and the procurement of recurrent satellites like MSG-3. This cooperation model has made Europe a world leader in satellite meteorology by making best use of the respective expertise of the two agencies.

The MSG satellites were built in Cannes, France, by a European industrial team led by Thales Alenia Space, France. More than 50 subcontractors from 13 European countries are involved. The last of the series, MSG-4, is planned for launch in 2015.