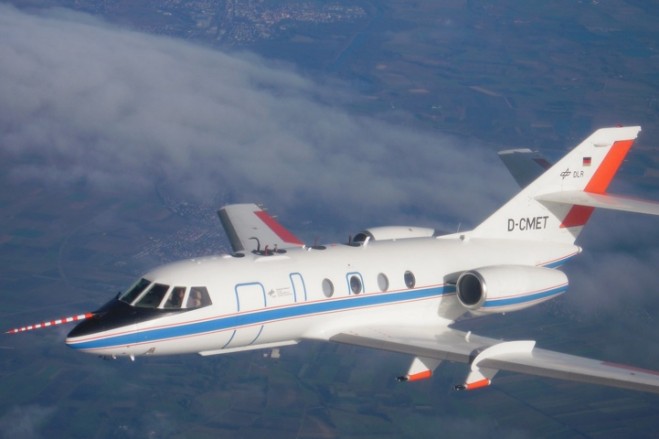 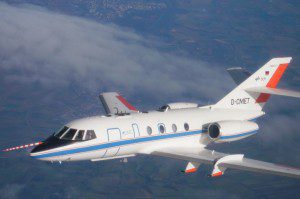 The twin-engine Falcon is one of the few aircraft in Europe capable of reaching the stratosphere, making it a good multipurpose sensor platform.

Lava flow from Iceland’s Bardarbunga volcano continues unabated. The lava field’s growth and the volcano’s ash plume are being tracked with satellite imagery. Researchers at the German Aerospace Center (DLR) use a variety of instruments to monitor and analyze changes and emissions daily.

During the Eyjafjallajökull volcano eruption in Iceland in 2010, airspace over most of Europe was closed due to the detrimental effects of ash on aircraft engines, with more than 100,000 flights canceled. Volcanic ash can cause total engine failure if it melts and then congeals in an engine.

DLR monitors ash and air traffic interaction with a variety of instruments. The center continues to expand its operations through the VOLCanic Ash impact on the air Transport System (VolcATS) project to include more input from Earth observation satellites already in orbit.

To monitor ash, DLR uses its Falcon research aircraft, the only aircraft in Europe legally able to fly at high altitudes and over long distances in volcanic ash clouds, as well as readings from Meteosat data. GOME-2 instruments aboard the MetOp-A and –B satellites have detected a continuous emission of sulphur dioxide with a plume first spreading over Greenland. VolcATS provides an accurate way to evaluate ash cloud concentration and direction, with updates every 15 minutes.