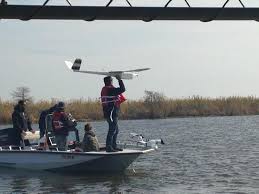 The Federal Aviation Administration (FAA) named Mississippi State University’s Alliance for System Safety of UAS through Research Excellence (ASSURE) to lead a new national center on research for unmanned aircraft systems (UASs). The National Center of Excellence for Unmanned Aircraft Systems is a cooperative effort with 13 other schools to research and develop drones as well as integrate them into the nation’s airspace.

“This team has the capabilities and resources to quickly get up and running to help the FAA address the demands of this challenging technology over the next decade,” said FAA Administrator Michael Huerta.

Congress appropriated $5 million for a five-year agreement, which will be matched by the team members. The research, centered at Stennis Space Center in the Mississippi Delta, will take place at universities throughout the country.

“This has been a six-year effort for Mississippi State and three years for our partner universities,” said U.S. Air Force Maj. Gen. (Ret.) James Poss, the executive director of the ASSURE team at Mississippi State. “We picked our team because they know unmanned systems and they know the FAA. That will make it easier to turn UAS research into FAA rules quickly.”