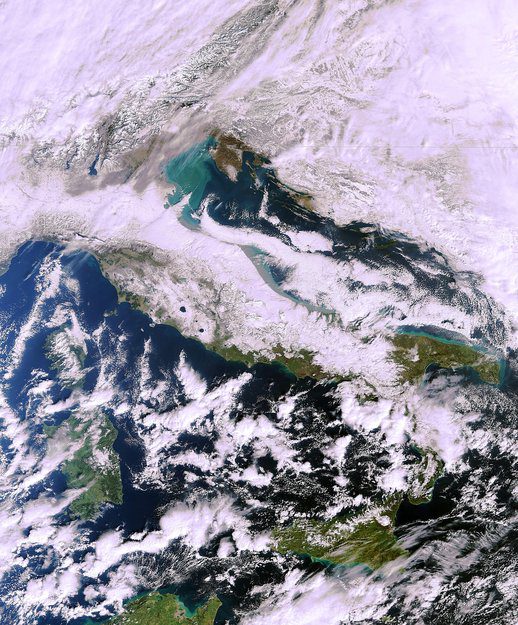 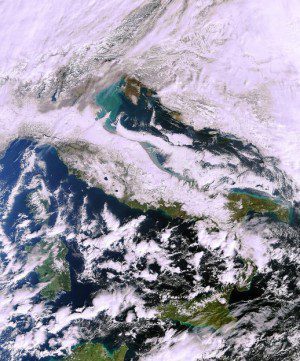 This image, captured by the MERIS instrument aboard the European Space Agency’s Envisat satellite on Feb. 13, 2012, shows an unusual view of Italy—almost all of the country is covered with snow, despite a growing trend of decreasing snow in the Northern Hemisphere.

A new analysis of snow cover observed by satellites shows record June lows in Eurasia each year since 2008 and record low cover in North America for three of the last five years.

This is the lowest June snow extent since satellite observations began some 45 years ago. June snow cover is found to be falling much faster than expected from climate models, and is disappearing even more quickly than summertime Arctic sea ice.

These results, published in Geophysical Research Letters in October and based on snow chart data from the U.S. National Oceanic and Atmospheric Administration (NOAA), are consistent with indications of a decline in monthly average snow mass, published last year as part of the European Space Agency’s GlobSnow project.

The results show that the maximum amount of snow across the Northern Hemisphere is slowly falling, while spring snow—particularly at high latitudes—is melting significantly earlier.