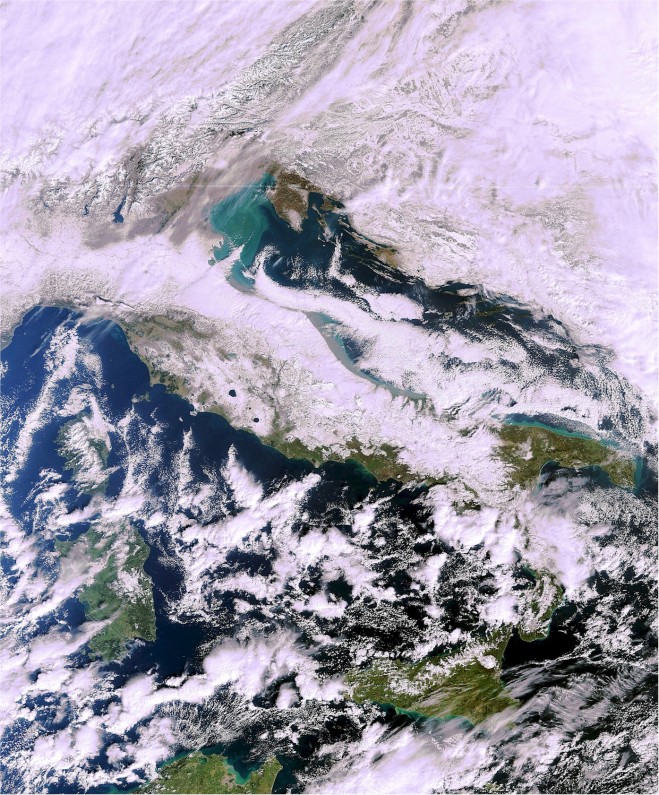 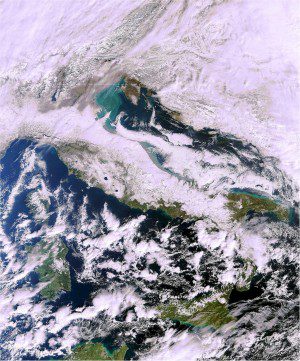 According to CNN reports, the Colosseum in Rome has been forced to shut down after small pieces of its walls crumbled away as a result of freezing temperatures. Additionally, buildings in the historic walled town of Urbino—a UNESCO World Heritage Site—are reported to be at risk of collapse under the weight of snow, following unprecedented blizzards in the area.

The European Space Agency’s Envisat satellite captured some unusual views of Italy after much of the country suffered heavy snowfall for the second time in a week in mid-February. Practically the whole of the north and central parts of Italy are covered with snow, including the low-lying Po River valley. Snow is common during the winter in northern and Alpine areas, but recently regions such as Tuscany and Lazio further south have been dealing with heavy snowfall.