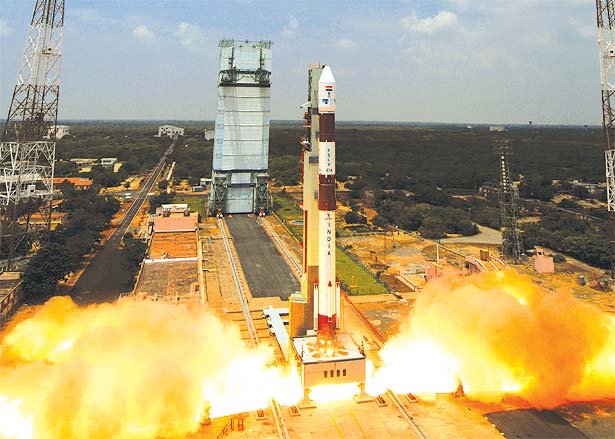 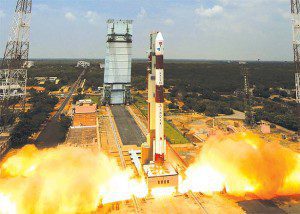 This image shows the successful launch of a PSLV-XL launch vehicle with India’s Radar Imaging Satellite (RISAT-1) aboard in April 2012.

The Indian government approved $484 million to construct and launch 15 Polar Satellite Launch Vehicle (PSLV) rockets between 2017 and 2020. The aggressive schedule was made with the hope to secure more commercial launch service contracts, according to the office of the prime minister.

The PSLV continuation program encompasses flights PSLV-C36 to PSLV-C50, which will include the launch of Earth observation, navigation and space science payloads. The most recent PSLV-C27 launch occurred in March 2015, placing an Indian regional positioning, navigation and timing satellite in a geostationary orbit as part of the Indian Regional Navigation Satellite System.

For years, India has been a leader in Earth observation. By waving recent restrictions for the non-U.S. commercial launch of Earth imaging satellites by Skybox Imaging, the country is set to take a more active role in commercial Earth observation missions.