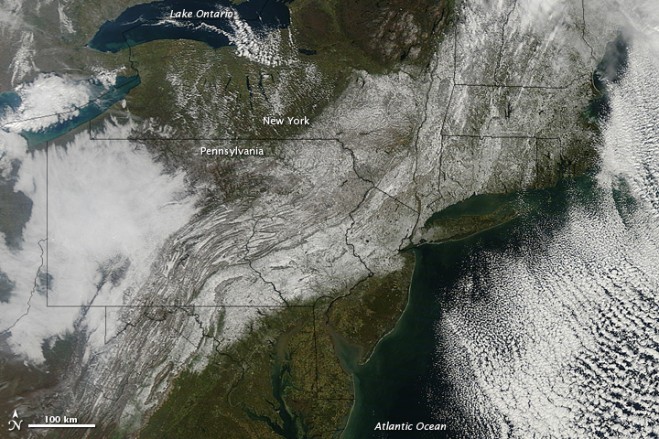 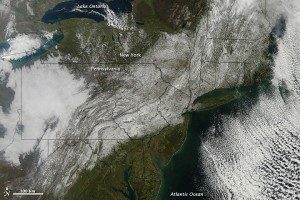 A swath of snow sweeps from West Virginia to Maine in this NASA Terra satellite image.

The Moderate Resolution Imaging Spectroradiometer (MODIS) sensor on NASA’s Terra satellite captured this natural-color image onOct. 30, 2011. A swath of snow sweeps from West Virginia to Maine. Clouds hover east and west of the snow, blocking the satellite sensor’s view of western Pennsylvania and parts of the Atlantic Ocean.

The nor’easter broke snowfall-total records in cities throughout the U.S. Northeast and was intense, causing wind gusts along the Massachusetts coastline of 69 miles (111 kilometers) per hour.

More than 3 million homes and businesses lost electricity because of the storm, including a record loss of electricity in Connecticut that was worse than the outages caused by Hurricane Irene.