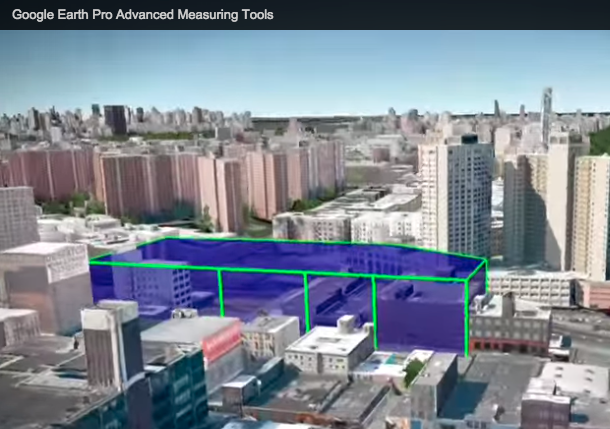 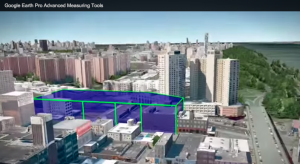 Now free, Google Earth Pro puts measurement and business analysis tools into the hands of anyone.

In mid-December 2014, Google announced plans on the company’s Geo Developers Blog to deprecate or take down the Google Earth application programming interface (API) because of security concerns related to the API’s coding framework. The decision was the first of a series of changes that affect Google Maps and Google Earth developers and enterprise users.

The Google Earth API will be available for a year before it’s turned off. With recent changes in browsers, the latest versions of Chrome and Firefox won’t be supported. This change doesn’t affect other Google Earth offerings, including smartphone versions.

The company announced that Google Earth Pro (formerly $399/year) now will be free. This unleashes the ability to measure and model in 3D as well as create high-definition views and flythroughs for sharing. The Pro version also allows users to import geographic information system data and images as well as access demographic, parcel and traffic data layers.

In addition, Google Maps Engine and Google Earth Engine users were notified that support would end for those products in January 2016. The company stated it would focus on “delivering rich location content via our APIs and enabling customers to take advantage of the capabilities provided by Google Cloud Platform products.”

With this move, now there are developers working to find alternatives for Google Maps Engine. Esri has stepped up with a transition path, and there are several more available options out there.

These changes, on the eve of the 10-year anniversary of Google Maps and Google Earth, point a new way forward for Google’s mapping efforts. For more insight into Google’s recent moves, visit our affiliate publication Sensors & Systems.