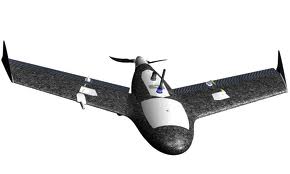 There’s a lot of excitement about drones in the public-safety world, and they’re close to being used in the field after natural disasters. However, they still face lengthy regulatory hurdles, privacy concerns and a public image problem inherited from their armed, military cousins.

The benefits of drones in an emergency are reach, speed, safety and cost. When there’s no power, an unmanned aircraft system (UAS) can fly through the dark and live-stream night-vision footage to people on the ground, its paths automatically programmed so it doesn’t miss a spot. A mounted infrared camera can pick up heat signatures of bodies, pinpointing the locations of survivors so rescuers know where to go.

Unlike manned helicopters, drones create little sound and can even be outfitted with advanced listening devices to pick up hard-to-hear audio. They can go into dangerous situations that would pose a risk to pilots or responders on foot. Helicopter propellers can stir up debris and dust, but UASs weigh as little as three pounds and don’t disturb what’s on the ground, even when they’re hovering just 10 feet above it.