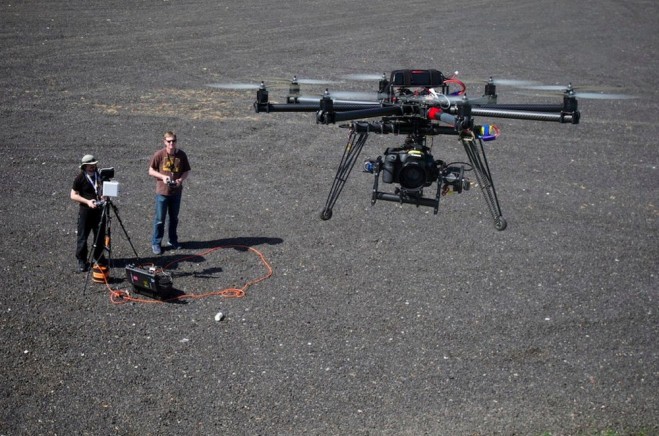 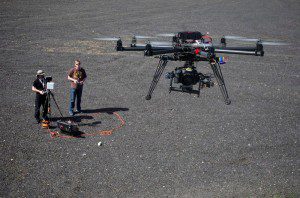 Professional photographers are among those who stand to benefit from FAA’s new UAS regulations. Here Bruce Ely Photography flies an octocopter with a pilot and a camera operator.

The regulations for small UASs under 55 pounds include daylight-only operations within the operator’s line of sight, a height limit of 500 feet and a speed limit of 100 miles per hour. The UAS may not fly over people not directly involved in the flight, and the operator must discontinue the flight if it poses any hazard to other aircraft, people or property. The operator can employ a visual observer to maintain visual contact with unaided vision, but it isn’t required. The operator must be at least 17 years old and must pass an aeronautical knowledge test to be renewed every 24 months.

“We have tried to be flexible in writing these rules,” said FAA Administrator Michael Huerta. “We want to maintain today’s outstanding level of aviation safety without placing an undue regulatory burden on an emerging industry.”

The regulations have met with guarded enthusiasm from UAS industry players. Chris Anderson, CEO of 3D Robotics, tweeted, “Tomorrow’s FAA drone announcement will be the biggest regulatory advance in a decade. Not perfect, but far better than many expected.”

The initial guidelines relate to all small UAS operations; however, there’s discussion in the proposal for a more flexible future framework for “micro” UASs that weigh less than 4.4 pounds.

Public comments will take place for 60 days from the date of publication on the Federal Register. The FAA will also hold public meetings to discuss the upcoming UAS Center of Excellence and the opportunities for innovation at UAS test sites. Until a final new rule is implemented, the current UAS rules remain in place.

An overview of the Small UAS rule can be viewed at http://www.faa.gov/regulations_policies/rulemaking/media/021515_sUAS_Summary.pdf.

For more information on the FAA and UASs, visit http://www.faa.gov/uas/.