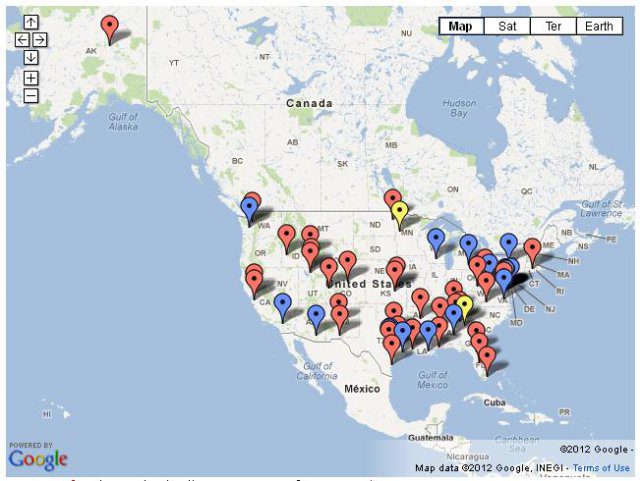 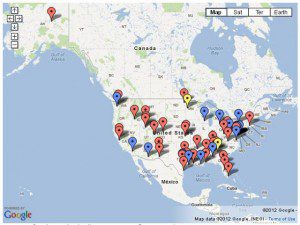 EFF used lists provided by the FAA to plot locations of entities that have applied for FAA’s COA or SAC certificates; shown are active permits (red), expired (blue) and disapproved (yellow).

The Federal Aviation Administration (FAA) has released public records that show for the first time who currently is authorized to fly unmanned aircraft in the United States. According to the Electronic Frontier Foundation (EFF), the FAA records were released in response to EFF’s lawsuit asking for disclosure on the agency’s drone authorization program.

The agency says the two lists it released include the names of all public and private entities that have applied for authorizations to fly drones domestically. The lists include Certificates of Authorizations (COAs), which are issued to public entities like police departments, and Special Airworthiness Certificates (SACs), which are issued to private drone manufacturers.