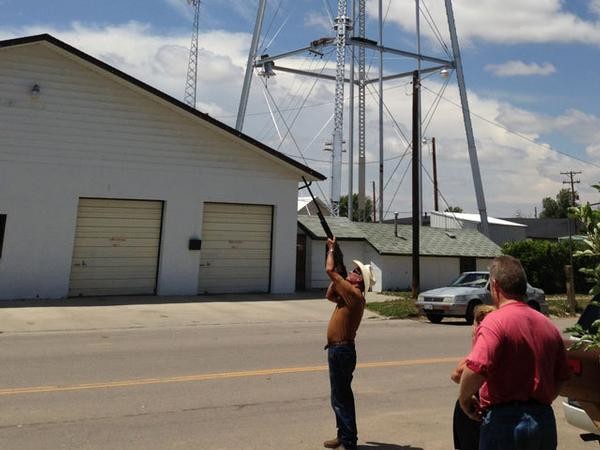 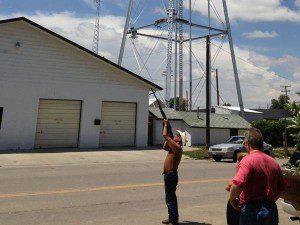 The proposed ordinance to allow “drone hunting” in Deer Trail, Colo., is mostly a symbolic protest against small, civilian drones that are coming into use in the United States, according to Phillip Steel, author of the proposal. Steel reportedly acknowledged it’s unlikely there are any drones in use near Deer Trail.

The Federal Aviation Administration (FAA) quickly responded to an ordinance under consideration in Deer Trail, Colo., a small community that would encourage hunters to shoot down drones.

People who fire guns at drones are endangering the public and property and could be prosecuted or fined, FAA warned on July 19. The administration reminded the public that it regulates the nation’s airspace, including the airspace over cities and towns.

A drone “hit by gunfire could crash, causing damage to persons or property on the ground, or it could collide with other objects in the air,” the statement said. “Shooting at an unmanned aircraft could result in criminal or civil liability, just as would firing at a manned airplane.”

Under the proposed ordinance, Deer Trail would grant hunting permits to shoot drones. The permits would cost $25 each. The town would also encourage drone hunting by awarding $100 to anyone who presents a valid hunting license and identifiable pieces of a drone that has been shot down.

Deer Trail resident Phillip Steel, 48, author of the proposal, said in an interview that he has 28 signatures on a petition—roughly 10 percent of the town’s registered voters. Under Colorado law, that requires local officials to formally consider the proposal at a meeting next month. According to Steel, town officials would then have the option of adopting the ordinance or putting it on the ballot in an election this fall.

“I don’t want to live in a surveillance society,” says Steel. “I don’t feel like being in a virtual prison. This is a pre-emptive strike. The FAA doesn’t have the power to make a law.”