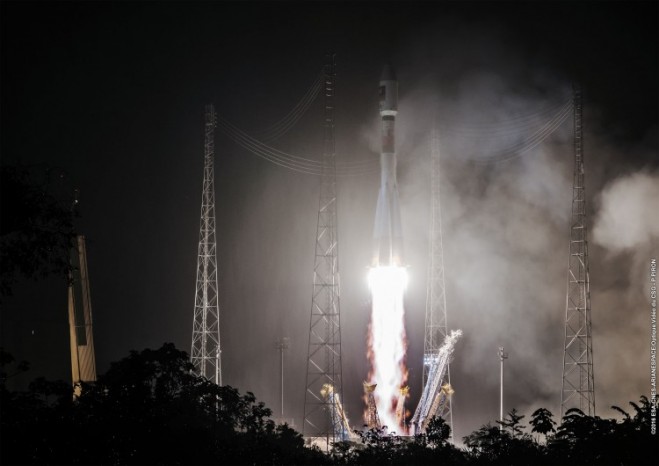 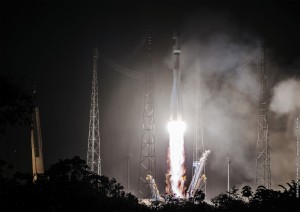 The European Union-funded Galileo satellite navigation system added its 13th and 14th satellites after a successful launch atop a Soyuz rocket from French Guiana on May 24, 2016. Nearly four hours after liftoff, the twin Galileos were deployed into orbit approximately 23,522 kilometers above Earth. The satellites, developed and built by the European Space Agency (ESA), will undergo a sequence of orbital fine-tuning to bring them to their final working orbit, followed by a testing phase so they can join the working constellation later in 2016.

Much like the U.S. GPS and Russian GLONASS satellite systems, Galileo will allow users worldwide to know their exact position in time and space with great precision and reliability. Once complete (projected for 2020), the system will consist of 24 operational satellites and the ground infrastructure for positioning, navigation and timing services.

“Today’s launch brings Europe’s Galileo constellation halfway to completion, in terms of numbers,” remarked Paul Verhoef, ESA’s Director of the Galileo Programme and Navigation-related Activities. “It is also significant as Galileo’s last flight by Soyuz this year before the first launch using a customized Ariane 5 to carry four rather than two satellites each time, which is set to occur this autumn.”