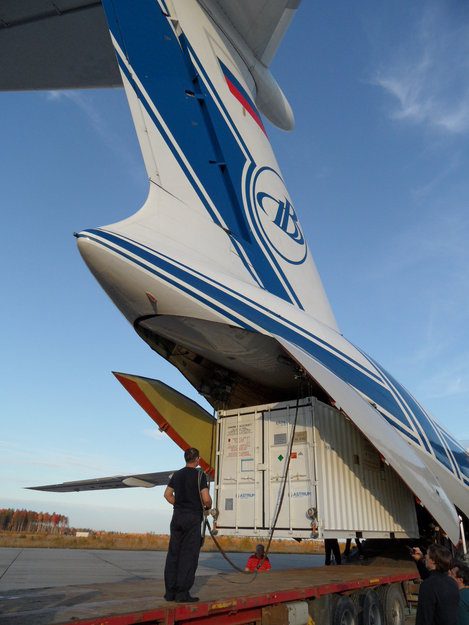 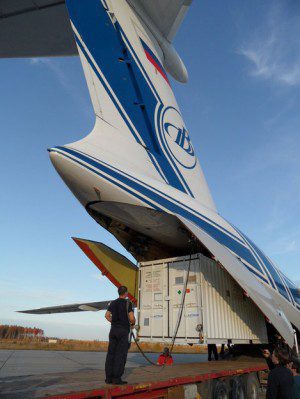 The first Swarm satellite arrived at the Plesetsk Cosmodrome, Russia, on Sept. 17, 2013. Three Swarm satellites in all will be tested and prepared for launch, which is scheduled for Nov. 14.

The European Space Agency’s Swarm satellites have arrived at Russia’s Plesetsk Cosmodrome. The mission will unravel one of the most mysterious aspects of our planet: the magnetic field. The arrival of the three satellites marks the beginning of the launch campaign, which includes an intensive period of tests to make sure the satellites are fit for launch after their journey from Germany to Russia.

The campaign also includes the careful task of fueling the satellites and attaching them to the rocket that will deliver them into orbit. All three will be launched on a single rocket. Swarm is the next in the series of Earth Explorer missions and ESA’s first constellation to advance our understanding of how Earth works.

The three satellites, developed for ESA by a consortium led by EADS Astrium GmbH, have a rather unusual shape—trapezoidal with a boom 9 meters long that opens once in orbit. This long boom means the sensors at the tip avoid any magnetic interference from the rest of the satellite. Magnetic cleanliness is paramount for the mission.

Harnessing European and Canadian technological excellence, the three identical satellites will untangle and measure precisely the different magnetic signals from Earth’s core, mantle, crust and oceans as well as its ionosphere and magnetosphere.