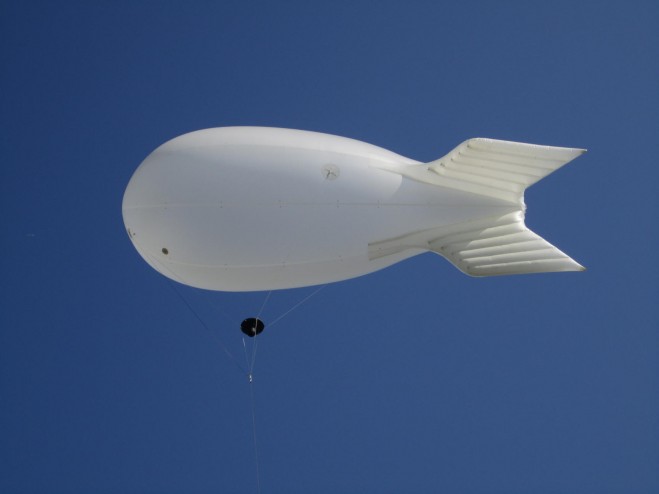 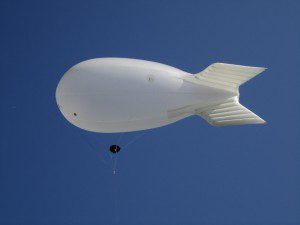 The Blimp in a Box (BIB) is a small, aerostat solution designed for rapid (30 minute) deployment and recovery.

World Surveillance Group introduced a lighter-than-air unmanned aircraft system that can be deployed in minutes and activated with the push of a button.

The Blimp in a Box (BiB) is designed to provide real-time day/night high-definition footage for intelligence, surveillance and reconnaissance (ISR) detection of improvised explosive devices (IEDs), border security and other government and civilian uses. The BiB turnkey aerostat system is packaged in a box mounted to or towed from the back of a pickup truck or comparable vehicle.

Once activated, the prepackaged envelope, which carries a day/night electro-optical/infrared camera with laser capable payload, automatically inflates to the applicable pressure and is secured to the vehicle by a data capable tether. The BiB system is released from the vehicle by an automated launch and recovery system to an operational low altitude appropriate for the application and can provide critical detection capabilities for several miles.

Once deployed to the operational altitude, the vehicle can proceed on its mission over any terrain with the BiB system fully functional at altitude. Following a mission’s completion, the BiB system is designed to quickly be recovered and redeployed at the next mission destination.

Learn more about World Surveillance Group’s Blimp in a Box.