May 12, 2015
Drones Monitor Plant Growth and Erosion at the Jornado Experimental Range 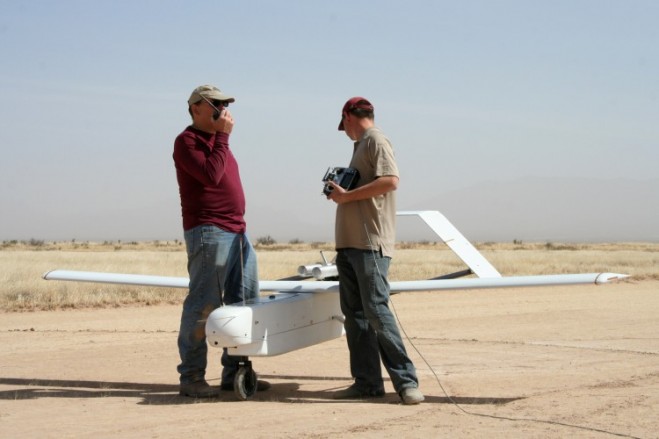 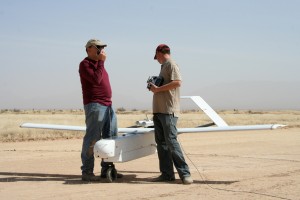 A Bat 4 UAS is being used at the Jornado Experimental Range for rangeland mapping and monitoring.

Biologists from New Mexico State University are using a Bat 4 unmanned aircraft system (UAS) to map plant growth, erosion and other rangeland health issues at the U.S. Department of Agriculture Jornado Experimental Range. The work is helping researchers better understand vegetation’s response to climate and is combined with satellite imagery. UAS flights and rangeland mapping and monitoring at the university has been ongoing for the last five years. 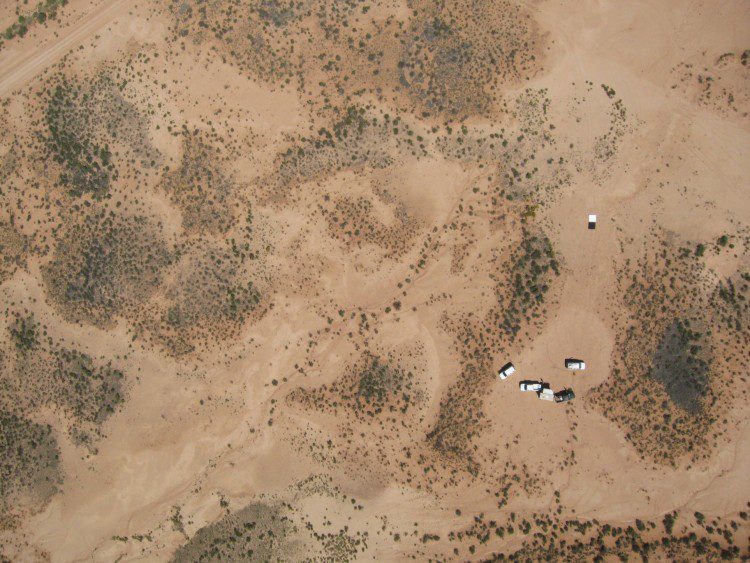 A sample of the rangeland captured in the UAS survey of the Jornado Experimental Range.

The Bat 4 drone, manufactured by MLB Co., has a 13-foot wingspan and can carry a 20-pound payload of two cameras: a Canon SLR 21-megapixel camera and a Tetracam mini multicamera array. With each Tetracam exposure, separate bands of visible or near-infrared radiation are captured by six camera lenses to form a separate, monochromatic image on each camera sensor. The images allow researchers to make several evaluations about depicted vegetation.

Visit this site for details on how UAS imagery are processed to provide geospatial products.