February 17, 2015
DISCVR Satellite Launches with an Eye on Space Weather and Earth 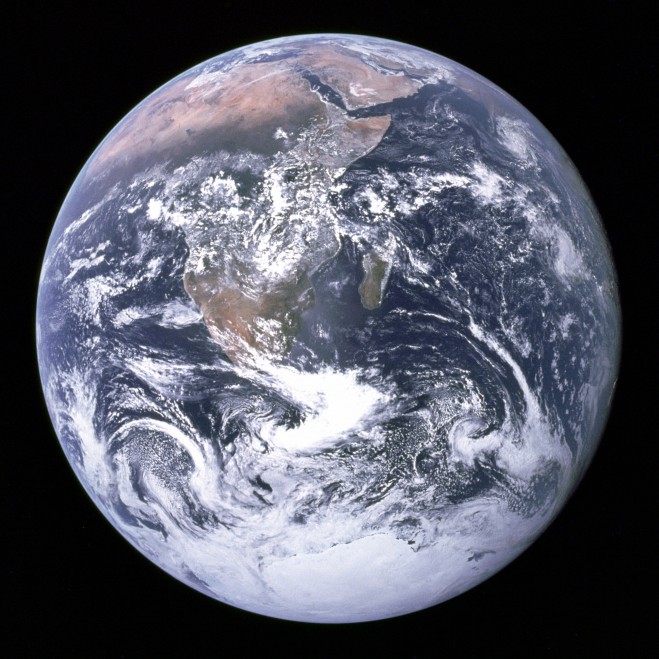 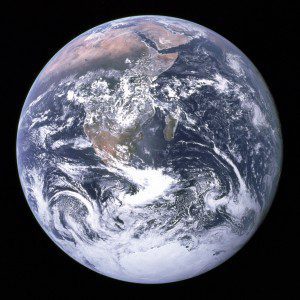 This famous full-Earth image captured by the Apollo 17 crew on Dec. 7, 1972, is similar to the images the DISCVR satellite will capture.

The Deep Space Climate Observatory (DISCVR) satellite successfully launched aboard SpaceX’s Falcon 9 rocket on Feb. 11, 2015, will provide an unprecedented understanding of space weather while providing illuminated full-Earth imagery. The mission is a collaboration among NASA, the U.S. National Oceanic and Atmospheric Administration and the U.S. Air Force.

The satellite, positioned at the Sun-Earth L Lagrangian point 930,000 miles from Earth, will monitor solar  wind conditions and provide early warnings for coronal mass ejections. From this vantage point it will have a continuous view of the sun and the sunlit side of Earth.

Former Vice President Al Gore proposed the satellite to NASA in 1998 (leading to an unofficial name of GoreSat) and wrote an essay about it in Scientific American. The satellite’s whole-Earth imagery will be captured by the Earth Polychromatic Imaging Camera (EPIC) instrument, developed by Lockheed Martin. In addition to imagery, the instrument also provides data about the atmosphere and vegetation, including ozone amounts, aerosol particulates, cloud height, vegetation properties and ultraviolet radiation.

Another instrument on the satellite, the Advanced Radiometer, was developed by the National Institute of Standards and Technology and will take energy balance measurements. The data will improve our understanding of how changes in the amount of heat and radiation absorbed into our atmosphere from the sun are affected by human activities and natural phenomena.