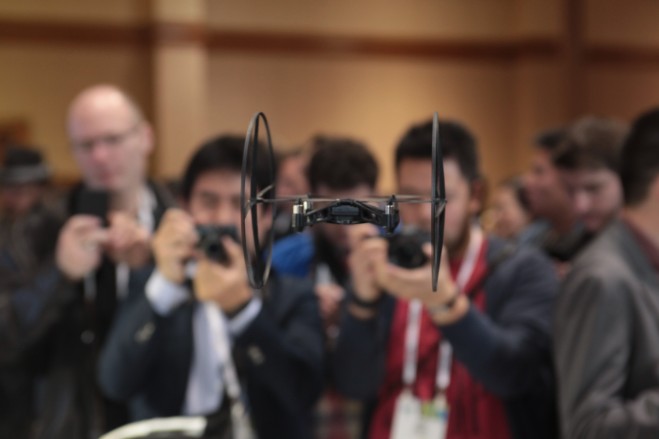 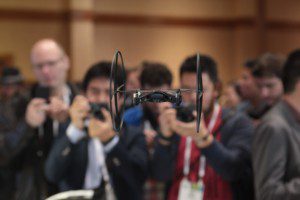 The International Consumer Electronics Show, which takes place in Las Vegas this week, has proven to be a popular launching pad for unmanned aircraft systems.

The yearly International Consumer Electronics Show (CES), which takes place every January in Las Vegas, has proven to be a popular launchpad for new unmanned aircraft system (UAS) technology. This week promises similar announcements, with image-capturing robots gaining ground thanks to notable commercial exceptions for filmmakers and surveyors in recent months.

The Consumer Electronics Association (CEA), which runs the CES show, projects that drones as camera platforms for film production will become a $1 billion business by 2018. According to Shawn DeBravac, CEA’s chief economist and director of research, more than 100 types of drones are on display at CES and drones could generate $130 million in global revenue in 2015.

“Drones and unmanned systems are being used to assist in a variety of applications, from aerial coverage for sports and real estate to assistance in search and rescue and disaster relief missions,” says Karen Chupka, senior vice president, International CES. “We’re excited to introduce the Unmanned Systems Marketplace at the 2015 CES and witness how these unique tools are revolutionizing the way we capture and monitor our world.”

Unit sales for consumer drones are expected to reach 400,000 this year, buoyed by new platforms and growing interest in documenting the world from unique vantage points.