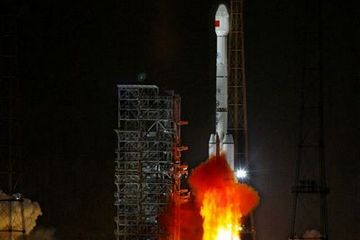 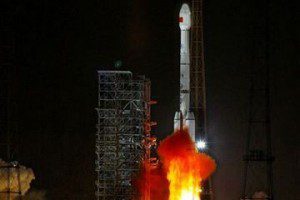 In 2011, China announced it would send 100 rockets and 100 satellites into orbit by 2015, with a target of 20 launches a year. This image shows a Chinese Long March 3B rocket launching the Chinasat 2A military communications satellite into orbit on May 26, 2012.

“I would expect the real value of these satellites to be more military and intelligence gathering,” he said.

Professor Walker has previously worked at the Royal Signals and Radar Establishment, the U.K.’s former scientific research body within the Ministry of Defense. Currently, China’s sea-monitoring system covers about 300,000 square kilometers (115,000 square miles) of ocean around the country, according to the country’s State Oceanic Administration.

National Satellite Ocean Application Service Director Jiang Xingwei told the China Daily newspaper the new satellites had already been approved by the National Development and Reform Commission. According to the report, four will observe the color of the sea, two will monitor currents and two will be radar satellites.