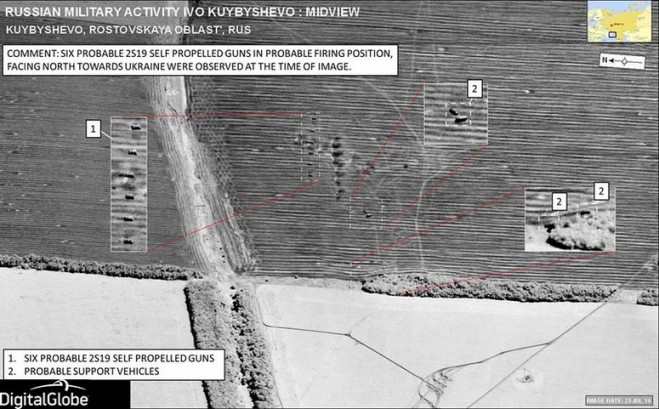 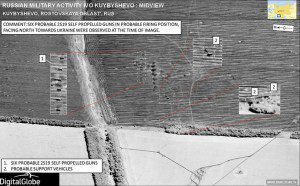 NATO released this satellite image and others in late August 2014 that show Russian combat forces engaged in military operations inside the Ukraine.

An official in the 28-member European Union (EU) bloc says they will commit satellite imagery to monitor the cease fire in Ukraine. Canada also made a data commitment for the Ukrainian military with RADARSAT-2 images, which can scan the Earth day or night through any weather conditions.

In addition to providing imagery, French Defense Minister Jean-Yves Le Drian said the Organization for Security and Cooperation in Europe, which is responsible for monitoring the cease fire, will send 400 observers to Ukraine.

The Canadian government has stipulated that the images should be used only for defensive measures, rather than offensive operations. The imagery also will be useful to monitor and expose vehicles moving across or near the border, bolstering claims that the Ukraine separatists are supplied by Russia.