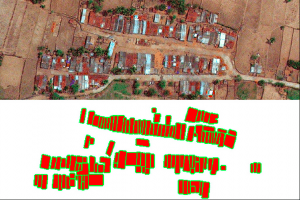 Researchers at MIT recently teamed with a group of data scientists to automate the evaluation of satellite imagery to identify houses and types of houses, saving considerable time and funds on the field work that precedes rural development programs. The tool can be used to fill in the gaps of poorly mapped rural areas to determine the best place for pilot programs or villages suitable for solar power projects.

The team received a $10,000 grant prize last year from the MIT IDEAS Global Challenge, which helped enabled team members to visit rural areas in India last summer to test their image-processing system against conditions on the ground.

Two different projects were tested last summer. A project in sub-Saharan Africa targeted the poorest villages for cash grants to help improve standard of living by counting the number of houses with thatched roofs compared with those topped with more expensive metal roofs. The other project selected villages for installing solar microgrids by figuring out optimal sites for panels and distribution routes to maximize the number of households that can receive power from the grid.

The software automated the task of determining where buildings were in the satellite image, and the software became more proficient as more images were assessed.

Four villages will be selected in India for the next testing phase, with two receiving the traditional approach and two the automated approach. The villages will be compared for cost and performance over time.