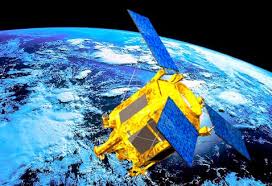 Azercosmos has renamed the satellite Azersky. Airbus will build a new ground station and satellite control center in Azerbaijan and will train more than 25 engineers.

Airbus retains the right to market the satellite imagery outside of the territory set aside for Azercosmos, along with its imagery from Spot 6 and the two 1.5-meter-resolution Pleiades satellites. The new Azercosmos ground station will be able to download the Pleiades imagery.

The agreement was signed in a ceremony attended by Azerbaijan President IIham Aliyev, and was hailed as an important milestone in the relations between Azerbaijan and France. The financial terms of the agreement weren’t disclosed.